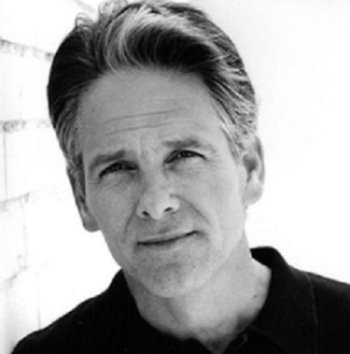 Having explored the oddly solar weather
Inside a lampshade, the dazed fly will tire,
Drop to the desk, and rub front legs together
As though to warm itself before a fire.

Capsizing with a shovelful of peat,
A pill bug wobbles on its back with fear:
It works its numerous and frantic feet,
Then curls its segments up into a sphere.

The topsoil or the manuscript can wait:
I plant my spade or break off in mid-phrase.
If asked why such small lives so fascinate,
Why I observe them, I can’t really tell.
But a responsive impulse moves my gaze,
An impulse I can see in them as well.

Timothy Steele is the author of four collections of poems: Uncertainties and Rest (1979), Sapphics Against Anger and Other Poems (1986), The Color Wheel (1994), and Toward the Winter Solstice (2006). The first two were reprinted in 1995 as a joint volume, Sapphics and Uncertainties: Poems 1970-1986. He has also published two books of scholarship and literary criticism, Missing Measures: Modern Poetry and the Revolt Against Meter (1990) and All the Fun’s in How You Say a Thing: An Explanation of Meter and Versification (1999); and he has edited The Poems of J.V. Cunningham (1997). Born in Burlington, Vermont, in 1948, he has lived in Los Angeles since 1977. He is an emeritus professor of English at California State University, Los Angeles, where he taught from 1987 to 2012.