“Ruins of Paestum” by Wendy Sloan 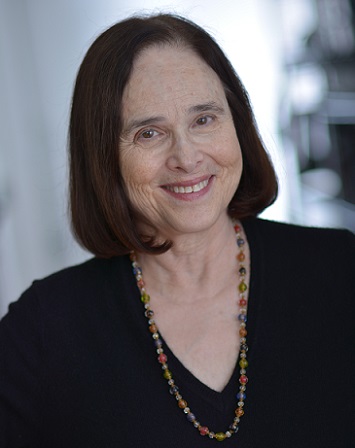 The stucco paint’s long-faded from their faces:
stark Doric colonnades, stone breathing traces
of vibrancy enshrined in measured mean.
In the meadows all is silence, sun, serene.
We are alone, but for the spirits past,
and watch small insects crawl beneath wildflowers,
and reaching ages back, we nearly grasp
time suspended in continuum, now ours.

Poised in midair above a turquoise sea
the Diver is caught for an eternity
in a gesture at once so simple, yet profound:
the passing of a soul. Without a sound

he glides from this world into that beyond.
A graceful half-moon tilting towards the pond,
his body’s firm perfection serves to show
this going takes him where he ought to go.

On approach, the museum screams fascist design.
Surely, Mussolini’s monument to himself
this style of chilling—no, cruel austerity.
And then the sign: built in 1952,
from plans drawn up in 1939.
So modern history haunts this sanctum too.

Across the ruins, in a garden with temple view,
after wine and a fine caprese in the shade
we rouse ourselves, as the siesta fades
and enter the inn, just for a look, to find
the stairway walls conspicuously lined
with black and white photos, prominently displayed.

Young girls in ancient garb dance for a crowd.
And—yes, there he is himself!  Il Duce stands
proud, his military array, his firmly folded hands.

Originally published in The Raintown Review

Wendy Sloan practiced labor and civil rights law with the firm of Hall & Sloan before returning to poetry. Her collection is Sunday Mornings at the Caffe Mediterraneum (Kelsay Books, 2016). Sloan’s poems and Italian translations have appeared in many journals including Big City Lit, Blue Unicorn, Light, Measure, Mezzo Cammin, The Orchard, Think, and Umbrella, and in the anthologies The Able Muse Translation Issue, The Best of the Raintown Review, Extreme Sonnets, The Great American Wise-Ass Poetry Anthology, Love Affairs at the Villa Nelle, and Poems for a Liminal Age, benefiting Medecins Sans Frontieres, U.K. She has been a finalist in the Howard Nemerov Sonnet Award Competition, and several of her poems have been nominated for a Pushcart Prize. Sloan lives in New York City, where she co-hosts the Carmine Street Metrics poetry reading series.