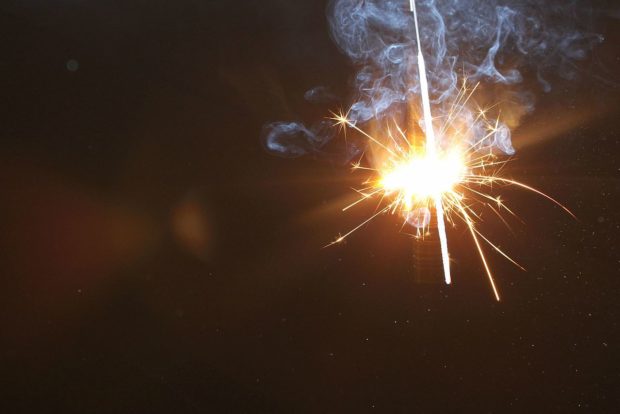 It’ll never be 1999 again.
The photo on your old I.D. won’t bring it back
Nor the mix tape found buried in a dresser drawer,
Your handwriting in faded ink on its label.

You’ll never be the kid that made that tape again.
That skinny boy is lost like a dead relative
Or an ancient screen siren, art deco sexy
In a shimmering gown that was once all elegance.

Though the past was misery once, we’ve learned to forget.
Now it’s a pang. We crave a love that’s long gone sour,
Find tears for a home gladly left, grow fond of dolts.
This year, too, is already almost history:

Its crises, its talk show punch lines near obsolete.
It’s likely you’ll never know its real charm until
It’s just one more thing that won’t be back, like pay phones
In the mall or encyclopedia salesmen.

You wait for midnight like Gary Cooper waiting
In High Noon for a train he’d rather wouldn’t come,
Your friends flushed with drink and smooching on the sofa,
That strange looking year printed on their paper hats.

No longer thin, no longer very young either,
You don’t know who you’re supposed to be anymore.
In time, you’ll learn, but you’ll always miss that feeling
Of home—a feeling that you only think you’ve felt.

Luke Stromberg‘s debut collection The Elephant’s Mouth is forthcoming from Kelsay Books. His work has appeared in The Philadelphia Inquirer, The New Criterion, The Hopkins Review, Smartish Pace, The Raintown Review, Think Journal, and several other venues. He works as an adjunct English instructor at Eastern University and serves as Associate Poetry Editor for E-Verse Radio. Luke lives in Upper Darby, PA.