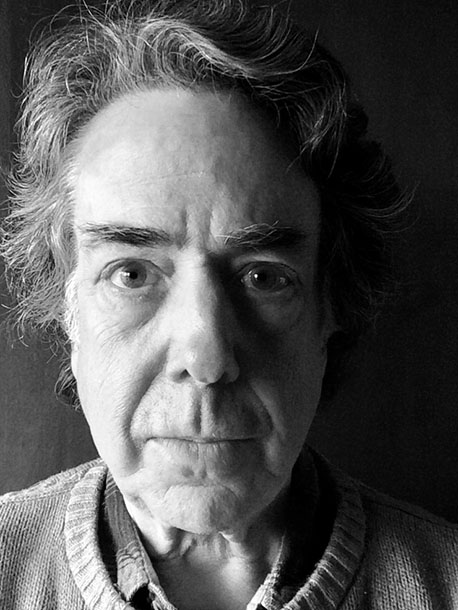 Too little oil and
too much soy and heat,
causing the salmon to stick
as I flipped it on its pink side,
the skin ripping from the skillet
and crinkling like foil,
blackened by the cast iron.
But the fish was moist
and buttery and the cat
ate the few fallen splinters
she was offered, dill and all,
and the skin sizzled
and crunched in my mouth
like parchment on which
a message had been written
that I was sworn to protect.

Bread of the Moment, the follow-up to David Sanders’ Compass and Clock (Swallow Press, 2016), devotes keen attention to the porous nature of the past and how the unbidden evidence of ordinary life pervades the world, provoking a spectrum of moments from which to draw meaning and find solace. These poems, characterized by a mix of free and formal verse, depict quiet days at home or in nature, as well as close calls and brushes with death: chronic illness, a house fire, a car crushed by a boulder.

In this way, these poems amplify the fragility of the commonplace, a mystery from which we are, amid the noise of our everyday lives, sometimes estranged. Through this exploration, Sanders constructs a precarious balance between alienation and acceptance, striking a note at once recognizable and new.

David Sanders is the author of two poetry collections from Swallow Press, Compass and Clock and Bread of the Moment. For twenty years he was the general editor of the Hollis Summers Poetry Prize, and he was the founding editor of Poetry News in Review. His poems and translations have appeared in numerous journals and anthologies. He is a native of Portage County, Ohio.

0
"The House of Christmas" by G.K. Chesterton