“In the Future” by Anton Yakovlev 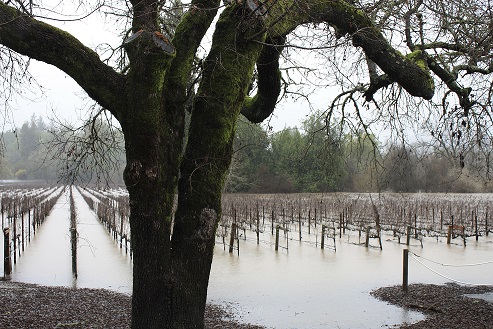 In the future every car will come with a tree
affixed to its exhaust pipe,
soaking up the carbon dioxide.

Emissions inspections will be conducted by gardeners
verifying the health of the tree.

Boys taking girls to the prom
better take care of their tree,
lest they face the girls’ fathers
watching their exhausts from second floor windows.

Fire brigades will compete in friendly olympics
where juries measure the size of the giant trees
on the back of their trucks
and firemen run high-risk demonstrations
of how they can put out fires without burning their tree.

The trees will be grown in high-security gardens,
artificially engineered to speed up their photosynthesis,
absorbing thousands of times more carbon dioxide
than the trees you see today on Park Ave.

It will be considered good luck
to have garden gnomes in your car.
The Bergen County Garden Gnome Manufacturers
will suddenly become a giant of industry.
Garden gnome heirs will put on airs
and open art galleries.

In the future every town will have wind turbines
lining the streets where trees used to be.
Streets will be painted white:
white asphalt absorbs less heat.
Strong sunglasses will be a must for motorists.

And in the sky, an artificial Zeus
will be adding clouds in strategic places
to dim the world just enough that glaciers come back
and polar bears can drink their sodas in peace.

You won’t live till that day, and neither will I.
Our great-great-grandchildren
will be researching their ancestry
and visiting the sites of our townhouses,
nostalgic for the carelessness and the recklessness,
the wilderness and the randomness,
the horse farms and the unanticipated sequoias
that sprouted wherever they pleased,
unattached to the back of a car.

They will say, “I wish I could speak with them”
and post old digital photos in their live journals,
while trained ravens glide by outside
with solar batteries on their wings.

Anton Yakovlev’s latest chapbook Chronos Dines Alone, winner of the 2018 James Tate Poetry Prize, was published by SurVision Books. The Last Poet of the Village, a book of translations of poetry by Sergei Yesenin, came out from Sensitive Skin Books in 2019. Yakovlev is also the author of Ordinary Impalers (Kelsay Books, 2017) and two prior chapbooks: The Ghost of Grant Wood (Finishing Line Press, 2015) and Neptune Court (The Operating System, 2015). His poems have appeared in The New Yorker, The Hopkins Review, Amarillo Bay, Measure, and elsewhere. Originally from Moscow, Russia, Anton is a graduate of Harvard University and the education director at Bowery Poetry Club.

0
"Here on Earth" by Chad Abushanab

"In Paradisum" by Ernest Hilbert Appears in Philadephia Stories Magazine