“Here on Earth” by Chad Abushanab 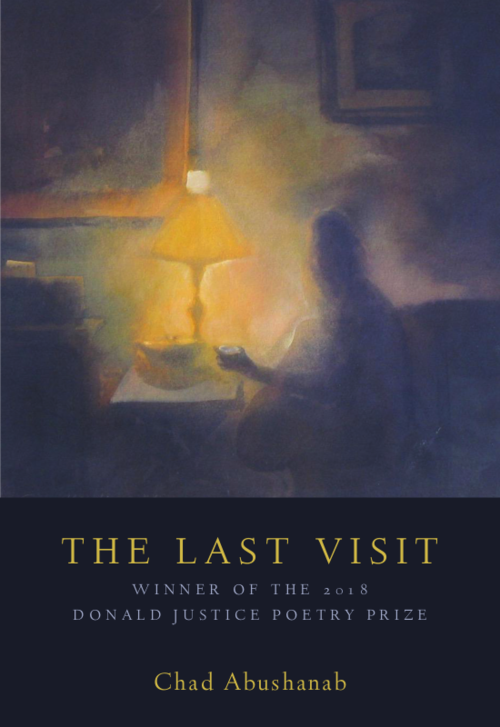 The field behind our house tonight
reminds me of an empty bed
with drifts of snow like wrinkled sheets
and shadows where you laid your head.

A month and six days since you left,
and night is when I feel you most.
Sleep won’t come. I sit outside
trying to ignore your ghost.

Instead, the snow piles up. The woods
beyond the field grow darker still.
I shut my eyes against the cold,
swallow another sleeping pill,

and brace myself to face the numb
white space, the bed you’re missing from.

Chad Abushanab is the author of The Last Visit, winner of the Donald Justice Poetry Prize, published by Autumn House Press in 2019. His poems have appeared in the New York Times Magazine, Southern Poetry Review, Shenandoah, Believer, and 32 Poems. He earned his PhD in English and creative writing at Texas Tech University. He lives in Iowa City.

“Abushanab has hit the nerve and left it vibrating because poetry is just a theory, a set of equations, until it’s touched by the bravest writers, like this poet who coordinates ideas with sinews and blood.” – Washington Independent Review of Books

“I really do believe in this book and find it extraordinary as an early twenty-first century debut.” – Jericho Brown

0
"Ode to Almost-Silence" by Marjorie Maddox

"In the Future" by Anton Yakovlev