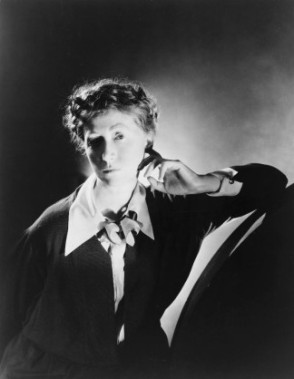 has not altered;—
a place as kind as it is green,
the greenest place I’ve never seen.
Every name is a tune.
Denunciations do not affect
the culprit; nor blows, but it
is torture to him to not be spoken to.
They’re natural,—
the coat, like Venus’
mantle lined with stars,
buttoned close at the neck,—the sleeves new from disuse.

If in Ireland
they play the harp backward at need,
and gather at midday the seed
of the fern, eluding
their “giants all covered with iron,” might
there be fern seed for unlearn-
ing obduracy and for reinstating
the enchantment?
Hindered characters
seldom have mothers
in Irish stories, but they all have grandmothers.

It was Irish;
a match not a marriage was made
when my great great grandmother’d said
with native genius for
disunion, “Although your suitor be
perfection, one objection
is enough; he is not
Irish.” Outwitting
the fairies, befriending the furies,
whoever again
and again says, “I’ll never give in,” never sees

that you’re not free
until you’ve been made captive by
supreme belief,—credulity
you say? When large dainty
fingers tremblingly divide the wings
of the fly for mid-July
with a needle and wrap it with peacock-tail,
or tie wool and
buzzard’s wing, their pride,
like the enchanter’s
is in care, not madness. Concurring hands divide

flax for damask
that when bleached by Irish weather
has the silvered chamois-leather
water-tightness of a
skin. Twisted torcs and gold new-moon-shaped
lunlae aren’t jewelry
like the purple-coral fuchsia-tree’s. Eire—
the guillemot
so neat and the hen
of the heath and the
linnet spinet-sweet-bespeak relentlessness? Then

they are to me
like enchanted Earl Gerald who
changed himself into a stag, to
a great green-eyed cat of
the mountain. Discommodity makes
them invisible; they’ve dis-
appeared. The Irish say your trouble is their
trouble and your
joy their joy? I wish
I could believe it;
I am troubled, I’m dissatisfied, I’m Irish.

“The Irish-American response to its Irish heritage has long been an intense, and at times bellicose, pride in Ireland’s capacity not only to endure but to impose significant aspects of its highly sophisticated culture on America’s eclectic society, mixed, paradoxically, with a quiet bewilderment at the unwillingness of the Irish to accept the kinds of pragmatic compromises that have characterized American history. Complicating most attempts at defining the ambivalence in this attitude is the recognition that, in America, much of the Irish mystique arises from a popular identification of the race with a trait that is variously praised as perseverance and damned as intransigence. Perhaps the most subtle and articulate statement of Irish-America’s perception of itself and its ambivalence occurs in Marianne Moore’s ‘Spenser’s Ireland,’ a meditation on Ireland and the Irish and on their influence upon a person who shares with them only the most tenuous of cultural and biological bonds.” – Maurice J. O’Sullivan, Jr.