“Fire in the Angels” by Anne Higgins 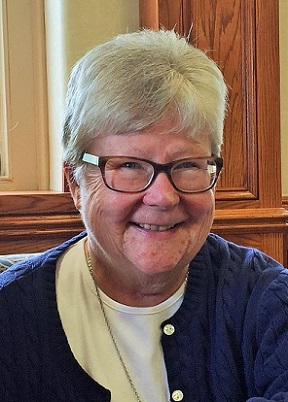 In fifth grade, at Saint Agnes, we heard about the fire
that broke out in Chicago, in a school like ours. The children
died at their desks, we heard. The school
was called Our Lady of the Angels, brick on the outside, wood,
all wood, within. Only one fire escape. They were trapped.
The firemen found that the gate in the fence was locked.

The seven foot iron fence , the south way in, was locked.
The inside of the school tasted fine to the fire.
Stairwells, walls, doors, and roof – all wood.
Only two fire alarm switches in the whole school.
Kindergarten to eighth grade, sixteen hundred children
second floor classrooms cut off by fire. They were trapped.

When did the children realize they were trapped?
When did the nuns recall the gate was locked?
Sparked in the cellar, chewing its way up, fire
Fed on floors coated with wax on wood,
Thirty eight years of wax on wood, a Catholic school
with wings and classrooms added on for the children

of Irish, German, Italian children, then children
of the veterans back from World War II, children trapped
on the second floor, who sat and prayed, locked
in the heat and smoke, the tongues of fire
pushed them up to  foot high sills of wood
where small ones could not reach, trampled under by school

students bigger, who jumped, or fell out of school
windows. When the firemen got there, they saw children
from second floor windows, saw classrooms explode in fire.
Back home, we wondered if our gates were locked,
if we, on the fourth floor of our school, would be trapped
if fire caught hold of our floors of tile and wood.

Room two twelve, twenty-eight ten year olds burn like wood,
same age as me and my classmates at Saint Agnes School
three states to the East, same mixture of children
with names like Dunn, Campanale, Karwacki, and Gasteier, trapped,
burned, the same age as me, with the gate locked,
their many futures exploding in fire.

And the fire finds the wood
And the children leave the world.

Anne Higgins teaches at Mount Saint Mary’s University in Emmitsburg, Maryland.  Nine books of her poetry have been published: At the Year’s Elbow, Scattered Showers in a Clear Sky, Pick It Up and Read, How the Hand Behaves, Digging for God, Vexed Questions, Reconnaissance,  Life List, and now Not Only/But Also.  More than 100 of her poems have appeared in journals and magazines, and they have  been featured frequently on The Writer’s Almanac. She has given readings at the Joaquin Miller Cabin and at Café Muse in Washington DC., and other venues on the East Coast.

"The Blind" by Luke Bauerlein