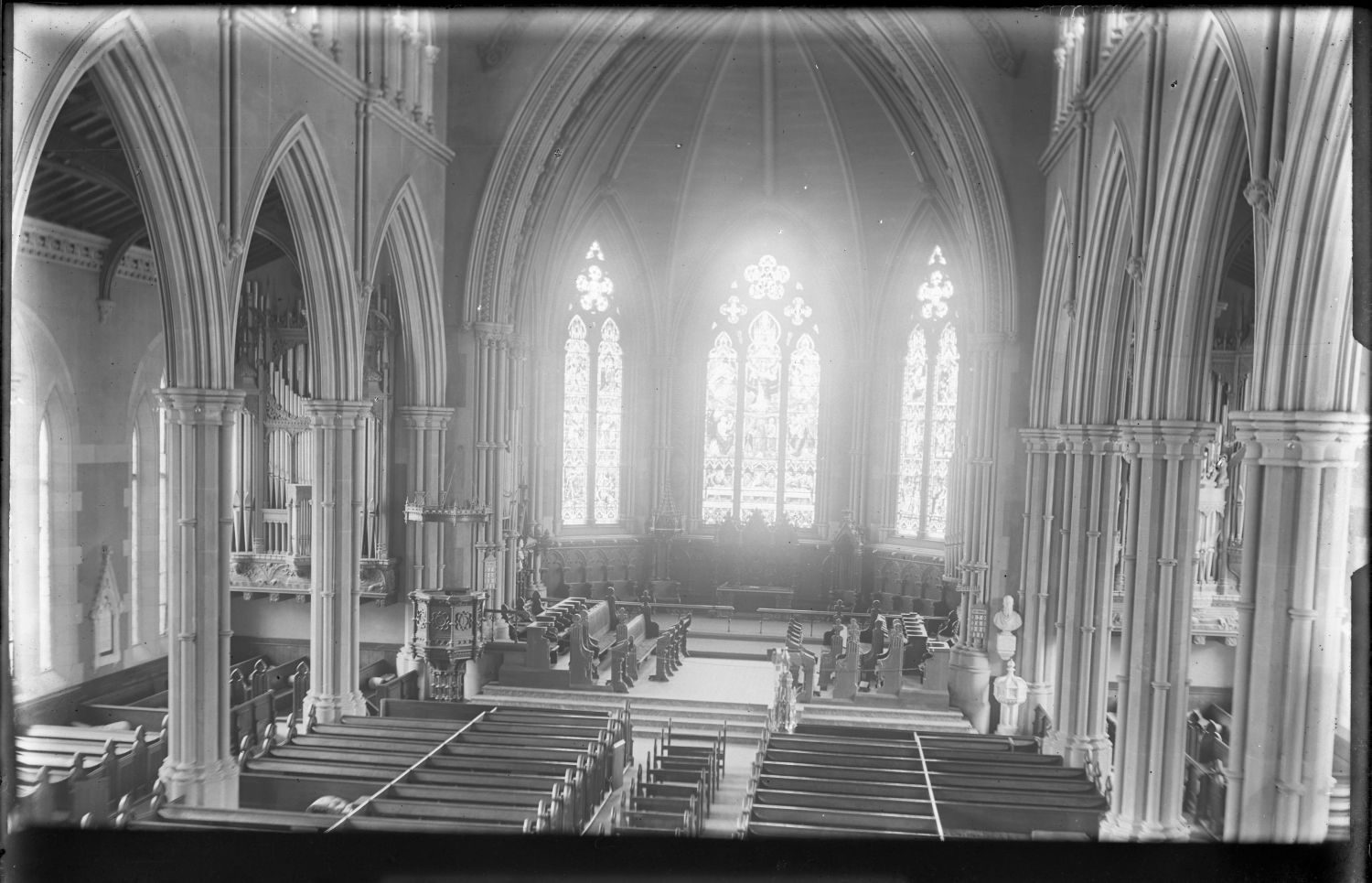 Among the many pleasures of Googling oneself is the discovery of various uses of your poems. In this way I’ve learned that the Lithic Press broadside of my poem “Rowing in the Dawn” served as a subject on an international rowing blog. I’ve also found images of my poems heavily annotated by hand as well as images of my poems copied out by hand and posted on Instagram and Pinterest. I am always happy to hear of my poems used at weddings and funerals, surprising as this may be.

Until now, my poems have appeared whole or in selected parts, but never intentionally altered. Such redactions, while perhaps common elsewhere, are rare for poems, which are defined by their detailed and careful use of language. Well, the time has come. At long last, I am proud to have been slightly bowdlerized! Such an event surely serves as a watershed moment in any poet’s life.

It seems a sermon delivered at the Episcopal Church of Our Savior in Gallatin, Tennessee for the Twelfth Sunday after Pentecost, on Luke 12:32-40, quotes my poem “Prophetic Outlook” in its entirety with two small, some might say unobjectionable changes, for the sake of its intended audience.

My foul-mouthed “crap” (referring to bad music) becomes “filth” (which would indicate that the character found the music morally repugnant, rather than simply unimaginative and simplistic) and the intentionally frightening “cancer” is softened (if you will) to the less precise “disease.” I am amenable to these slight alterations for the purposes of a sermon, a demanding form of address, and I am grateful for the care taken to preserve the syllabic count (though “cancer” is a trochee and “disease” an iamb, but why quibble?).

No one would suggest the changes serve to improve the poem, of course, but then I can hardly object to my poem being quoted in its entirety with only two of its 118 words tampered with (in brackets, to indicate editorial alteration). The author summarizes the last line of my satire: “True, perhaps, that the world didn’t just start going to hell. Things seemed really bad in Jesus’ day too, I’m sure: every age has its end-of-the-world moments.”

You may read the sermon in its entirety here.

Come to think of it, there was one other time, but the circumstances were quite distinct from the present case. Many years ago, my poem “Three Studies for Light on Water” was accepted for publication in the venerable William & Mary Review. When the issue arrived in my mailbox, I found that my poem had been mangled beyond recognition, lines removed, others reordered, some actually rewritten, all done without my knowledge or consent. When I wrote to the magazine to ask what had gone wrong, I was told the outgoing editor had radically rewritten just about everything in the issue without consulting the authors or the other editors before sending off to the printers. This brings to mind tales of Robert Lowell frantically rewriting John Milton’s poetry. It is worth remembering that he was a ward of Mclean’s psychiatric hospital at the time.