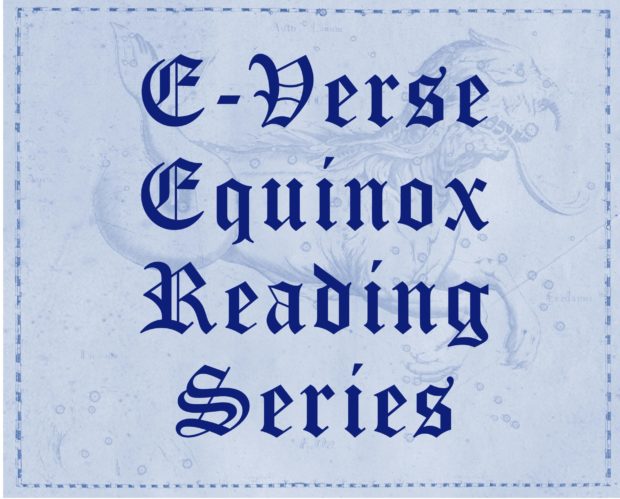 We’ll also have open mic sessions between each featured reader, so come on out and bring a poem to read. We’d love to hear from you. As always, the event is free and open to the public. More on the readers below.

Spencer Short is the author of Tremolo, a winner of the National Poetry Series Open Competition, published by Harper Perennial in 2001. A graduate of the University of Iowa Writers’ Workshop and the Law School at the University of Chicago, he lives and works in Philadelphia, Pennsylvania.

“The Gentle Art of Shabby Dressing” by Spencer Short

There’s nothing dandier than threadbare threads
worn by a discerning shabby dresser.
A collar’s fret or subtle fray is not lesser
because it’s worn away but models instead

of secondhand prose: a too-studied pose.
Done well, it draws you in to draw you near,
reveals the intricate pattern in the years’
inexorable ravel. Between decompose

Eduardo C. Corral is the son of Mexican immigrants. He’s the author of Guillotine, published by Graywolf Press, and Slow Lightning, which won the 2011 Yale Series of Younger Poets Competition. He’s the recipient of a Whiting Writers’ Award, a National Endowment for the Arts Fellowship, and a Hodder Fellowship from Princeton University. He teaches in the MFA program at North Carolina State University.

In a bathroom
with turquoise walls,

my reflection bleeds. I reach
to clean, with my thumb,

an oval mirror speckled
with toothpaste

then I remember—
pull back my left hand.

to touch a man.

Cameron MacKenzie‘s work has appeared in Salmagundi, Plume, and The Michigan Quarterly Review, among other places. His novel, The Beginning of His Excellent and Eventful Career, and monograph, Badiou and American Modernist Poetics, both appeared in 2018. His story collection, River Weather, has just been published by Alternating Current Press.

I didn’t know anyone outside, so I worked on the fire, teasing it with rolled-up paper and laying on bigger sticks after the flames got high. I was up at my friend’s house in Allentown for the weekend, and about ten people sat around his back yard watching me work, drinking wine and shelling shrimp as the sun went down.

At one point Brooks began to talk. Brian DePalma is a worthless hack, he said. I mean Blow Out has its moments but they are little more than brief pinpricks in an otherwise vast and mediocre tide. Brooks was 14. He spoke in a loud, flat monotone and wore a fanny pack across his chest like a bandolier. He sat in the fold-out captain’s chair beside his mother with his left leg twisted twice around his right, the shoe of one foot nestling like a bird against the opposite shin. The light from the fire flickered in his glasses.

Say what you will about Spielberg but he’s twice the director DePalma is. Jaws of course but the later Spielberg will be remembered. No one talks about Munich. No one talks about Minority Report. And I don’t think anyone understood Indiana Jones in the first place. It’s pulp fiction before Tarantino, who is so far up his own ass he can only speak in curses.

Brooks raised his hand to point at me where I sat. Excuse me, he said. Are you a writer? I want to write a dream I had the other night and I’m uncertain how to proceed. I woke up as a spider in a house by the beach.

I was a spider, Brooks said, with long thin legs and I opened the window with my multiple arms and climbed down the side of the house and over the dunes. I came to the water but the fog was already in, sitting on top of the ocean in the morning sun. I could only see a few feet out, and I could hear the surf but I couldn’t see the waves.

What do you think it means? I asked.

And then two geishas walked by, Brooks said. I don’t care what it means.

He adjusted his seat and looked to his mother whose eyes had been and were still lost in the flames. He reached for the edge of his sock and pulled it up tight against his leg. What does E.T. mean? he said. It’s a boy on a flying bicycle.

Join Us at Fergie's Pub to Celebrate the Publication of John Wall Barger's New Book, Resurrection Fail, with an All-Star Cast of Readers