“A Vampire in the Age of AIDS” by Frederick Seidel 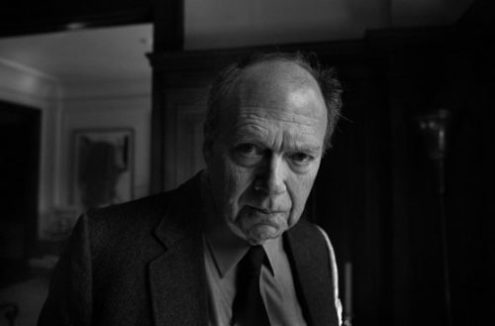 He moves carefully away from the extremely small pieces
Of human beings spread around for miles, still in his leather seat.
He looks like a hunchback walking in the Concorde chair,
Bent over, strapped in, eyes on the ground
To avoid stepping on the soft.
He will use his influence to get
The cockpit voice recorder when it is recovered copied.
He loves the pilot in the last ninety seconds’
Matter-of-factness turning into weeping screams,
Undead in the double-breasted red velvet smoking jacket Huntsman made.

Frederick Seidel’s many books of poems include The Cosmos Trilogy, Ooga-Booga, Poems 1959–2009, Nice Weather, Widening Income Inequality, and Peaches Goes It Alone, all published by FSG.