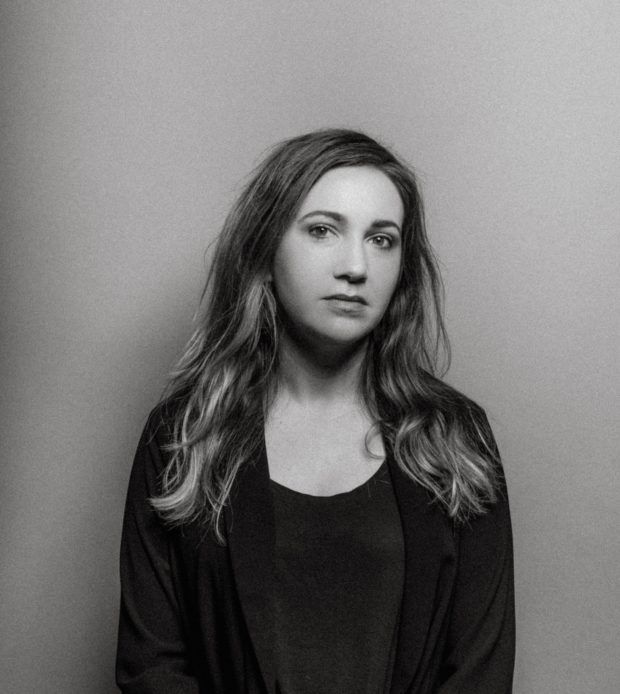 Conscripted cells tunnel slip roads
through lining, making space apace
for blood to shush and nourish. I hear
the work’s begun in earnest. I hear
you’ve got a primitive streak,
so to speak, like your mother.
My micro-morsel, does it feel more
seam or fin to you, this fine line
of yours winking dorsal in the still
still waters? In other words, are you
my plaything or my predator?
I know—it’s too early now
to say, and certainly to speak
to you. Flickering ember’s false
etymology glows in every
embryo, but even the fact
of your future’s still unclear, less
crystal ball, more drifting snow
globe flake, a weather of whether
and maybe. So far, so far, as mine
divides in me. See you later,
party favor. Blip, meet radar,
sure, but it’s all blasts building
on a toy horn, unless—shh.
You’re just a guess. No symptoms
yet except this pesky tenderness.

Philadelphia, come out to hear Dora Malech read at the Painted Bride Quarterly series at the Black Sheep Pub along with Thomas Devaney, Cameron MacKenzie, and Leah Falk. This promises to be an exciting evening of poetry.

DORA MALECH is the author of four books of poems, including Stet (Princeton University Press, 2018) and the forthcoming Flourish (Carnegie Mellon University Press, 2020). Her poems have appeared in publications that include The New Yorker, Poetry, and The Best American Poetry, and her visual art has recently appeared in Poetry and Poetry Northwest. She is the recipient of awards that include an Amy Clampitt Residency Award, a Ruth Lilly Poetry Fellowship, a Mary Sawyers Baker Prize, and a Writers’ Fellowship from the Civitella Ranieri Foundation. She is an assistant professor in The Writing Seminars at Johns Hopkins University.

0
"A Vampire in the Age of AIDS" by Frederick Seidel

"The Costume Party" by Juliana Gray