“Song for a Dark Queen” by James Brookes 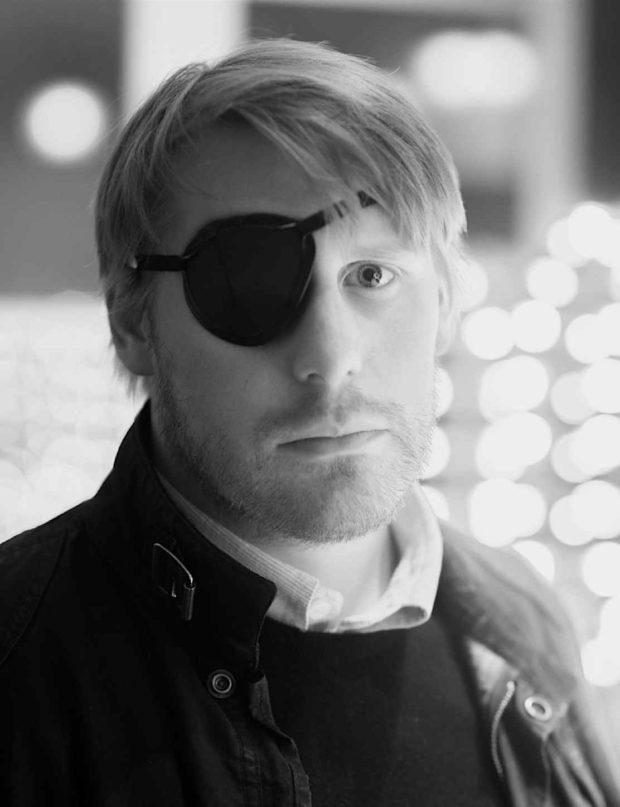 +++++++++++++++++++++in all that red havoc, I had my harp again
as wonderful as the sudden starry opening of a flower
among the stink and filth of a knacker’s yard.
I would have given my own gift of song to have my hands round
the throat of the man who had driven hers away. And I snapped the
+++++++twisted
horsehair under my fingers, cutting my hand so that the red
sprang out in a thin line.
Blood spurted out over her hand. She looked at her hand and smiled;
the first time that I had seen her smile in many moons;
she who gives all in life and takes all things back in death.
She is the love of a man and a woman and the child born from it;
she is in the corn that ripens to harvest, and in the seed corn
that demands blood shed into the furrows before it quickens;
she is in the stoop of a falcon on a leveret cowering in the long grass;
she is in battle and the deaths of men.
‘I will make you your song of a Queen’s Victories’, I said.
Have we not learned to wait, we whose life is the corn and the herds?
Who can hurry the growth of the seed-corn in the ground
or the young in the belly of its dam?
Hush, my harp, for the time is not yet, for singing;
and bright dark and terrible the song will be.

From the book Spoils, published by Offord Road Press. Purchase directly from the publisher, from the London Review of Books Bookshop, the Poetry Book Society, or Amazon UK.

James Brookes was born in 1986 and grew up in Sussex. He received an Eric Gregory Award from the Society of Authors in 2009, and his pamphlet The English Sweats was published by Pighog Press in the same year. In 2011 he was awarded a Hawthornden Fellowship. His first collection, Sins of the Leopard (Salt, 2012), was shortlisted for the Dylan Thomas Prize and the English Association’s Michael Murphy Memorial Prize. His latest pamphlet is Nine Worthies (Eyewear, 2017). Since 2011 he has worked as a schoolmaster, teaching History and latterly English, most recently at Haileybury & Imperial Service College. He is married to the poet and critic Charlotte Newman.

In Spoils James Brookes advances a lyrical, frank and unsparing consideration of the England in which we find ourselves. A fascination with our land, yes, but, as the poet asserts, “Patriotism? No. I don’t lack the lingo – /no matter what I might offer in my defence / these jangled syllables stay the chains of jingo.” While retaining the historical interest and folkloric reinvention of his spectacular debut Sins of the Leopard (Salt, 2012), Brookes has clarified his poetic concerns into the less comfortable questions of freedom and liberty. In this new book his praise of the achievements of one figure is necessarily tempered by a curt frustration at the lives not lived as a result, of the successes never to be and, again and again, the suppression of women’s attainment. But these poems do not preach or lecture; rather, they plumb the deep well of history and language and come up each time with a glittering fragment. His is the work of archaeolexicology, of salvage; from the depths of our soil Brookes lifts his words, the spoils of his work, and sets them, restored, in burnished lines. These poems display an astounding euphony under hands that pinch at the language, creating whorls and bridges, points of contact based on sound. In this way “ramsons” are confused with “ransoms,” “aorist” nudges at the “aortic arch,” and “agrimony” suggests “alimony,” reminiscent of a play on “antinomy” and “antimony” in Sins of the Leopard. Here too is the weirdness of heraldry, the intrigue of politics and war, as well as a rich and intimate portrait of  ‘seductive’ Sussex county through the long sequence of  ”Antigeorgics,” all finely drawn by a poet with an eye for texture, for material, for the physical stuff of the world. Everywhere in Spoils there is struggle, conflict, but the pantheon of strivers that Brookes employs assert his skill as a poet of high humanity, unshakeable conviction, and a consummate talent.