“Ring The Bells Backward: Give Up The Gun” by Ray Bradbury 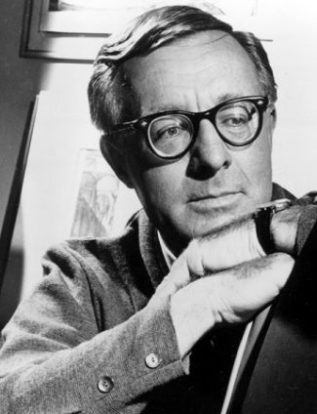 Remembering the Japanese Samurai who in the 16th Century threw away gunpowder and went back to the sword for 300 years!

No more the gun,
No more the firing at dawn
The rattling of muskets round the town,
All now are given up and tossed
In rivers where the dream-machines
Are drowned and swiftly lost.
On bridges ceremoniously
Or brinks of running streams,
The powderhorns are plunged
And go to sea, and, with them all the dreams
Of men whose hands would shape that steel
Back into swords
And future wars conceal.
Let there be swords
Samurai lords say this, and it is so.
Back in the flames the loud-mouthed steel
Now goes to suffer change
And come again as blade
And all the ghosts of future conflicts laid
And put away three hundred years or more.
War, step on back! Obedient, war
Does so. And spear again goes out
Where gun did go.
Could they do this, and we not learn their rule?
Samurai’s school gives answer to the fool.
We, longing, look at it, time-travel back,
And wish ourselves that lack that was their lack.
We would our weapons take and lose in deeps,
Where sleep the guns of men who bade
The weapons, sleep.
Can we do this with jets and bombs and fire.
But no, and no again, it can’t be so.
Yet, agonized, midnight our souls
Admire
How marching feudal lords,
Gave up the gun, and musket fire
Took ten steps back,
And used their swords.

"Ring The Bells Backward: Give Up The Gun"poempoemspoetryRay Bradbury
Tweet

"The Donkey" by G.K. Chesterton