Poet and Critic Teow Lim Goh Talks About the Making of her New Book, Faraway Places 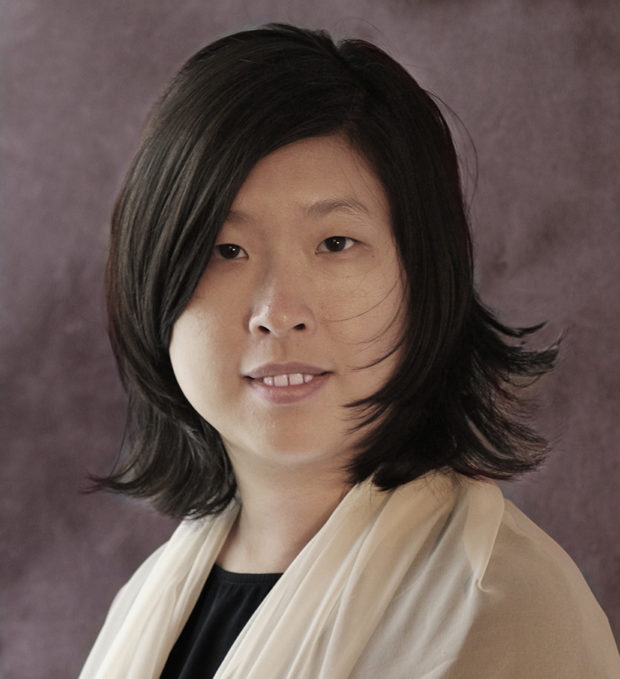 Diving into Glass: On the Making of Faraway Places

Faraway Places resides in the spaces between the wild and the tamed, from orchid gardens and immense seas to caged birds and high alpine landscapes. It resists narrative and instead inhabits the residues of experience. It may be a private dictionary: “Those / who know the lore can use them / to find their way / in the world.” Haunted and searching, these poems navigate the distances between light and shadow, secrets and silence.

In 2014, I finished writing my first book Islanders, a volume of poems on Chinese exclusion at the Angel Island Immigration Station. It was an achievement, but I was also burned out from the pressure and intensity of the work. I was stuck, I had no ability to concentrate, and I could barely even read a book. I cast around for something else to write, but the ideas did not come.

That summer I took a workshop with Nancy Pearson at the Fine Arts Work Center in Provincetown. The words still did not come and so for an early assignment, I took out an old essay that I could not make work, highlighted the words and phrases I felt had the most energy, applied a bit of magic, and arranged them into a poem:

There are no black flowers, only
the darkest shades

of purple or red.

We look at flowers as a way to know
where we are.

and decay. The messes
of mortality remain hidden. But a secret
seeps back in.

I had no idea what I was doing, but I could tell I was onto something. I was making found poems out of my drafts, the passages I had excised from other work and kept in a drawer, which is a folder on my computer labeled “Drawer.” Another poem I created in that workshop:

Neither of us knows the stars.

You think you see
the Milky Way, a brush of glitter
in the obsidian of night.

I think I see Orion, specks
of light–or is that a satellite?

In stars
we navigate the dark. In constellations
we tell stories

about the stars. Those
who know the lore can use them
to find their way

in the world. But I cannot seem
to remember.

I would like to say I returned from the workshop energized to write again, but that was not the case. I still felt as if my brain had stopped processing language. The world felt flat to me. Every once in a while, I would dig into the Drawer and see if I could find another poem. I had to work from instinct. If I thought too hard about it, if I willed too hard for it, the poem would not come. I had to wait and listen.

I made six or seven of these poems each year. I had the sense they belonged together, but I did not know how or even why I was writing them.

The tide keeps rising
past the barrier
of logs and sand. The house
is in danger

from the sea.
A green light glares, the fog horns blast.
Far away, boats appear as fairy

March 2020. I went to Crested Butte, a mountain town in Colorado, to teach a workshop and ski. It was the last trip I would make before everything shut down due to the COVID-19 pandemic. I hadn’t written new poems for this project in a while, though I had long gotten back to the swing of writing. As I drove across the Rockies, I realized I had exhausted this vein of writing and I should see if these poems could be a book.

The first week of lockdown, I printed out the poems and started to shuffle them around. Just like in their writing, I saw I had to turn off the rational part of my mind and discover the patterns and associations in my own words. It took me a month or so to understand how these pieces fit together. And when I finally figured it out, I saw there is an implicit arc in the book and these poems were, in a way, written from the residues of experience.

It took me about ten years to write this book, if I date these poems back to the original essay drafts. It often felt like chiseling glass—one misstep and everything would shatter. Here is one of the last poems that I wrote:

A seagull hovers over the slick black oil, searching
for fish no longer there.

The prairie mouse darts in grasses
taller than grain towers in the broken light.

I write another story instead, create a world
that maybe mirrors my own.

You make a mark of your body
in mud you crossed when you were twelve.

Maps are keys to our past, where we’ve been
and who’s been there before us.

What lies beyond the sea
we never thought we could search–or surge?

“Black Orchid” first appeared in Tinderbox Poetry Journal, “Stars” in The Toast, and “Mirage” in The Scofield.

"Lodge" by Ernest Hilbert Appears in The North American Anglican