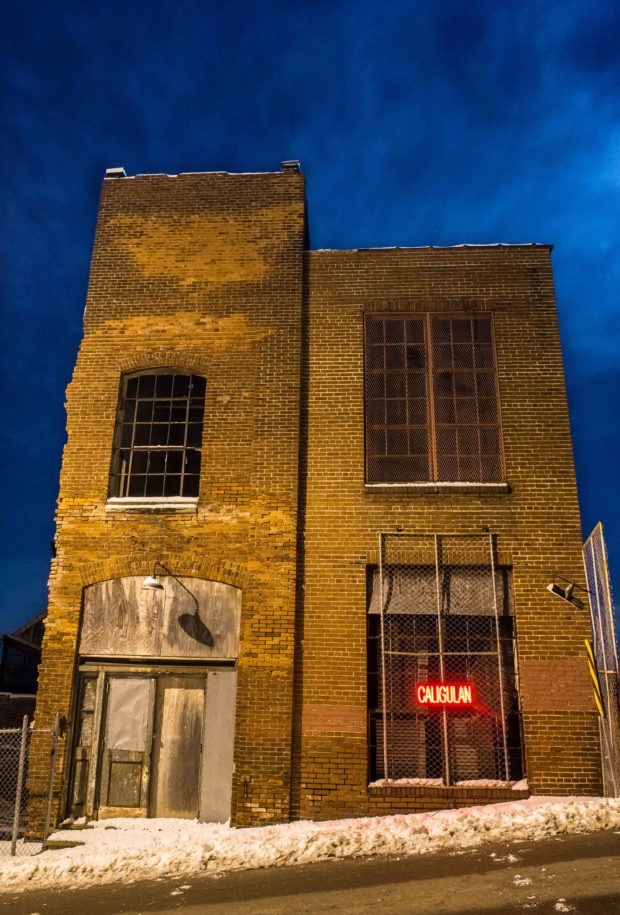 Literary Matters is the online journal of the Association of Literary Scholars, Critics, and Writers.  Issue 9.2 includes a comprehensive review of Ernest Hilbert’s third book, Caligulan, by critic Robert Archambeau:

“Little Boots” might strike us as an appropriate name for something small and cute—a kitten, say. But for Romans in a certain phase of the Empire’s history, it was a name at which one trembled. The man born Gaius Julius Caesar Germanicus grew up among the legions protecting the Empire’s northern frontier, and as a child wore a smaller version of the caliga, or military boot, so the soldiers called him by the diminutive of that word, “Caligula,” and it stuck. Not long after he came to power as Emperor, he became notorious for the widespread and apparently random nature of his vindictive murderousness. His form of state terror wasn’t like Hitler’s, in which only certain categories of people—Jews, Communists, homosexuals, gypsies—were destined for massacre, and others could feel themselves safe, so long as they kept their heads down. Under Caligula, no one could breathe easy, least of all the powerful and well-connected, who dreaded the daily possibility of the garrote, or worse. “Oderint, dum metuant,” Suetonius reports the Emperor as saying: “Let them hate me, so long as they fear me.” Anxiety became ambient, fear the atmosphere one breathed.

Ernest Hilbert’s Caligulan begins with an unusual preface by way of definition. “Caligulan,” he writes, emulating the style of a dictionary “Illogical fear that disaster, especially of a gruesome kind, might befall one at any time.” After giving several variations and examples of usage, he adds: “From the Latin appellation Caligula. First known use 2015, USA.” The word, as a term for general dread, is Hilbert’s own invention. And it is this sense of general dread, along with a series of failed attempts to escape it, that dominates his imagination in the poems collected in his third book.

Caligulan is organized in four sections, named for the seasons, beginning with “Summer” and ending with “Spring.” Each section contains fourteen poems—a reference, one supposes, to the idea of the sonnet, and the sonnet sequence, which has obsessed Hilbert since his debut collection, 2009’s Sixty Sonnets. Indeed, many of the poems of Caligulanare sonnets, or variations thereof. “Barnegat Light,” the opening poem, is typical of the volume: it is a sonnet of sorts, and it addresses the question of dread. It also draws on Romanticism, a movement clearly close to Hilbert’s heart. It begins with an image of a wounded bird, graceful in the air but painfully awkward when it lands.

The gull pulls bags from trash and drags them clear.
He’s big as a cat, a blur of snow and soot.
He pokes until debris spills down the pier.
He’s clumsy, and somehow he’s lost a foot.

The gull performs graceful pirouettes in the air, but this artfulness is a temporary escape from inevitable suffering: the bird will have to land, and experience sharp pains on the “small, sharp spear” of his stump when he does. Like Baudelaire’s albatross, this bird can be read as a figure for the poet or artist—what we see as beauty is really a desperate escape from pain, an expression of alienation from the life of the earthbound multitude. When we get to the end of the poem, we see the speaker and the woman he loves as analogous to the gull—they are on a brief vacation, an escapist flight they “pretend/Will keep us strong, like love, and never end.” Their reprieve from the demands of the world is temporary, the strength of their love quite possibly in doubt; and their pastoral seaside interlude implies its opposite, the moment when they land back in their quotidian lives. Like the gull, they dread such landings.

Read on at Literary Matters.

0
"The Chances" by Christopher Bullard
"At a Bistro" by J.D. Smith