“Hilbert’s Poems are Thick with Frameworks, References, and Dense Barbed Lines Which Demand Rereading”: Last One Out Reviewed in Literary Matters 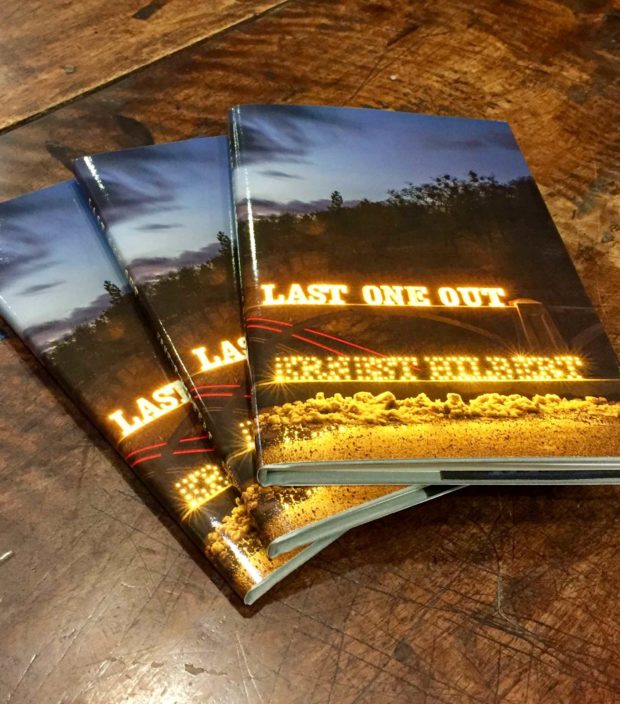 Literary Matters, from the Association of Literary Scholars, Critics, and Writers, offers a “deep dive” review of my latest book, Last One Out, by poet and critic John Wall Barger, author, most recently, of the critically acclaimed collection The Mean Game. His incisive and thorough analysis of important elements of the book are simply superb. It appears in their latest issue, 12.1, which also includes reviews of Adam Vines, Kate Daniels, John Poch, and James Arthur; also essays by Rachel Hadas and Caitlin Doyle; fiction by Miriam Grossman; poetry by David Lehman, Ted Kooser, Barbara Hamby, William Logan, Marcia Karp, Elizabeth Spires, and Adrienne Su; and new translations of Sappho and others by Chris Childers. Check it out.

“Ernest Hilbert has an enviable ability to speak about contemporary America as if his words were washed in the blood of Achaean soldiers. Hilbert, speaking to the violence underlying human nature, sees war everywhere. Watching the Super Bowl in his living room, the football players—’Towering champions, created to win, // Will strut to their positions and pose, / Burnished, armored in emblems’—become iron age warriors. Outside his house, birds swerve ‘in squadrons.’ ‘The border of the republic,’ says the speaker of ‘Mars Ultor,’ ‘Is breached without notice: / More tug of war / Than elegant chess.’ This refers to Romans preparing for battle—but also to Donald Trump. In fact, ‘Mars Ultor’ was read aloud at the Trump Tower by (highly literate) protesters. In Last One Out, Hilbert—as with many poets writing at the heights of their powers—conveys a sense that we are being told a single narrative of human existence, that each poem is a small part of a larger mosaic, being revealed to us slowly.”

Read on over at Literary Matters.

0
"Drink, Ye Harpooneers!" Ernest Hilbert Rows in the Whaleboat for Team Rosenbach in the Walnut2Walnut Challenge