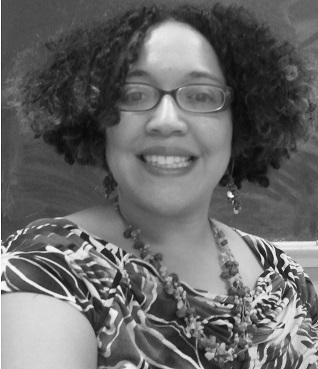 When my grandfather was born in 1917,
in New Bedford, MA, the soft tones
in his skin did not evoke colored,

and the label inked in heavy black
on his birth certificate was white.
In 1962, he went to the Federal office

to make a quick color change,
but the paperwork was thick
and the pale blonde behind the counter

said it was a beneficial oversight.
The tattered paper is off-white
and yellowing, its color deepening

through the years, but the white
never fades. He tries to rub off
the black ink with the brown edges

of his creased fingertips, spirals
swirling in the prints of his thumbs,
but it won’t come off.

Dorina Pena earned her B.A. in English Writing in 2008 from the University of Pittsburgh and her M.F.A in Creative Writing in 2011 from Carlow University. Her first chapbook, Leaving the Tree, was published by Monkeyman Press in 2011. Her second chapbook Black History Month was published by Finishing Line Press in 2016. She is a finalist in the Autumn House Press 2017 Rising Writer’s Contest for her full length manuscript Masking White. Her poetry has appeared in Philadelphia Stories, the Voices from the Attic anthologies, the Pittsburgh City Paper, Girls with Glasses, Flare: The Flagler Review, and the Pittsburgh Poetry Review. She has a poem forthcoming in anthology Nasty Woman and Bad Hombres later in 2017. She currently resides in Philadelphia, PA with her husband.