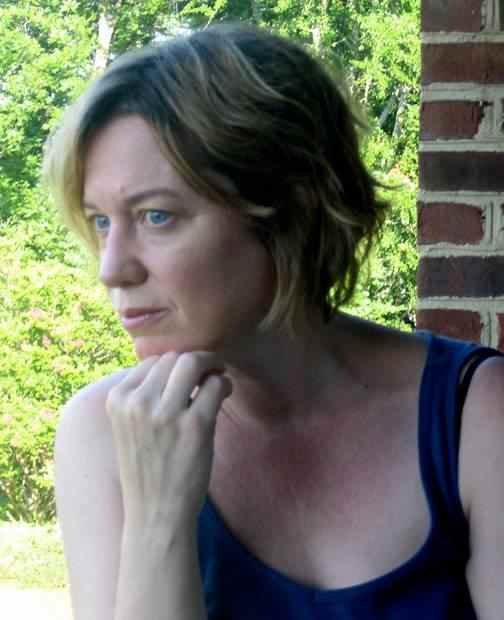 You’d have to travel back in time to find
the sound booth where we spun vinyl, blasting
tunes through dorms and dining halls, wave-

lengths of mild rebellion that never filtered
out beyond the campus gates to reach
the urban streets. You’d have to hunker down

inside those hacked, graffitied walls to read playlists
logged in marbled composition books by DJs
swamped with student debt, suited up in army

surplus gear. And was I what I played? Bleached
bangs and teased-out hair, up sometimes as late
as dawn hammering out prose so minimalist

nothing was left in. I was late to poetry, philosophy
of art, late to the market to realize my soul, no time to
stick around and smoke through Hard Rock Power

Hour with the Disco Redux guys. What couldn’t
punk do if not make things burn a little brighter,
beat back the images burned on our brainpans:

strafe of jets against the sky, foliate walls of flame,
families bunkered down, and radioactive water
waste drifting downstream. . . . Out of luck and out

of love, brew for breakfast, tying up the tattered
laces of granny boots, of combat boots, a lick
of drugstore clear nail polish to keep the ends

from unraveling. Never the same river twice
when you’re stepping through time and its
spinning door where London Calling spools

and switches where you watched the stylus
drop and let the record spin and spin as the center
blurred to black. And here they come—idling

through the aisles where other mothers pause
and hum, husband with coupons from packets of tea,
daughters with neon ear buds dangling—and those

Jane Satterfield is the author of five books, Including Apocalypse Mix, selected by David St. John for the Autumn House Poetry Prize. Her previous books include Her Familiars (Elixir Press, 2013) and Assignation at Vanishing Point (Elixir Press Poetry Award, 2003). Essays that received the Pirate’s Alley/Faulkner Society Award, the Florida Review Editors’ Prize, and Heekin Foundation Award appear in Daughters of Empire: a Memoir of a Year in Britain and Beyond (Demeter Press). She is the recipient of a National Endowment for the Arts poetry fellowship, the 49th Parallel Poetry Prize from Bellingham Review, the Ledbury Festival Poetry Prize, and the Mslexia Women’s Poetry Prize. With Laurie Kruk, she is co-editor of the multigenre anthology Borderlands & Crossroads: Writing the Motherland (Demeter Press).