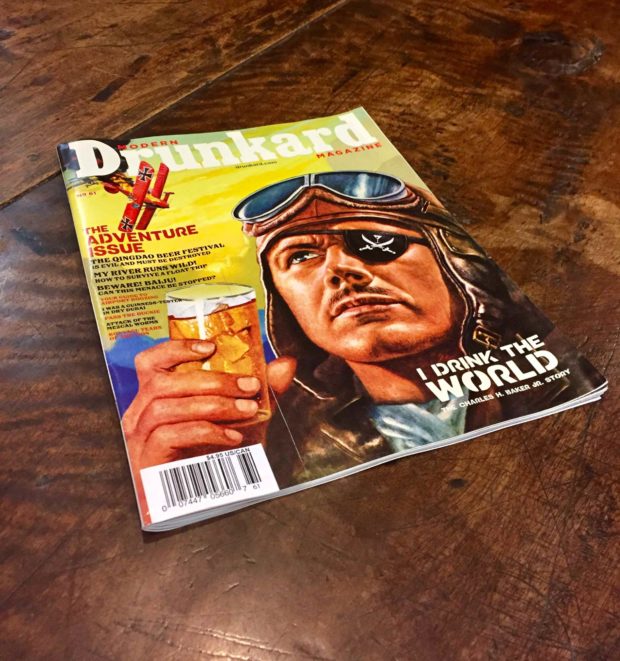 My short poem “Seasonal Drinking” appears in the new issue of Modern Drunkard magazine, Number 61, the Adventure Issue, in the “Postcards from Skid Row” section. I subscribe, but I hadn’t yet opened the issue, so I was surprised (I shouldn’t have been, because this has happened before) when a former student wrote to tell me he enjoyed my poem in the issue. I had no idea I was in the issue.

You see, I submitted a small group of poems years ago, and it seems they still turn to that slender stack years later when they need something to fill a space. In any case, I’m happy to be in such a fantastic issue, which includes the story of Charles H. Baker Jr, who went around the world three times in an effort to record every cocktail then known, the Qingdao Beer Festival in China, how to survive a float trip (rafting, that is), airborne cocktails in the Golden Age of the American airline industry, tales of a Guinness tester in Dubai, the history of Buckfast Tonic Wine, and so much more. Since they break the poem in half on the page (it looks awful, trust me), I reproduce it here. Enjoy!

The Rieslings and mulled merlots
Of Christmas make me blush.
The scotches of deeper winter
Blur me beside a friend’s small fire.
The rivering sunlight lagers of spring
Pour a lazy hour in the breeze.
The juniper daze of gins bring
Summer, and its long, sad light.