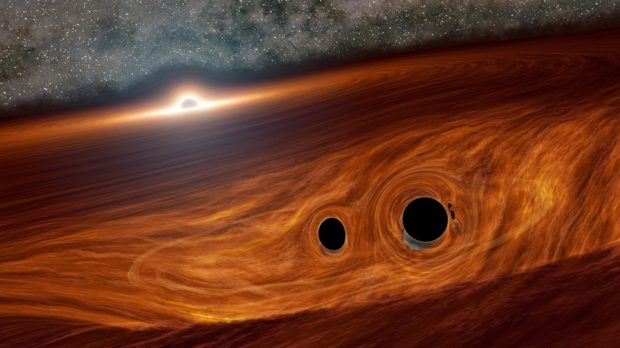 Ernest Hilbert’s poem “Riddle Me,” written specifically for use as NFT (non-fungible token) art, is available for sale using the cryptocurrency Bitcoin through OpenSea, a peer-to-peer marketplace for rare digital items and crypto collectibles housed at the Hunter College MFA program in New York City. It was posted for sale March 18, 2021 with the aid of cryptocurrency expert Alexander Szymanik. Although “Riddle Me” cannot lay claim to being the first poem (or item described as a poem) issued on the crypto market as an NFT, it is the first to use meter, rhyme, and repetition, which are ancient techniques essential to many uses of the art form throughout history. While it may be charitably classed as a novelty or occasional poem, it signals the dawn of a new range of possibilities for poets and collectors of poetry first editions.

The New York Times explains that “An NFT is a piece of artwork stamped with a unique string of code and stored on a virtual ledger called a blockchain . . . when an artist uploads a piece of art and clicks a button to ‘mint’ it [it] starts a process known as mining, which involves complex puzzles, awesome computing power and a huge load of energy. That’s because Ethereum, the platform of choice for NFTs, uses a method called proof of work to create digital assets like nonfungible tokens. To successfully add an asset to the blockchain’s master ledger, miners must compete to solve a cryptographic puzzle, their computers rapidly generating numbers in a frenzied race of trial and error . . . The miner who arrives at the right answer first is the winner, and gets . . . his asset added to the blockchain.”

While crypto art may confuse some readers and pose aesthetic difficulties for others, possibly some older users, it is likely that younger ones will feel increasingly comfortable with the basic concept, as they tend to be with crypto currencies. When Walter Benjamin, in his important 1936 essay “The Work of Art in the Age of Mechanical Reproduction,” envisioned an original painting possessing an aura—”its unique existence at the place where it happens to be”—that cannot be communicated by copies, could he have imagined an NFT, and what would he have thought of it? Where would one locate the “aura” of a poem, in the handwritten manuscript, a recording of the poet reading it aloud, a first printed edition, a first appearance on social media? Can or should poetry be assigned monetary value? Do poets deserve to be paid for their poems? If so, how?

Hilbert’s fascination with the subject of currency and workings of monetary systems began while he was enrolled at Oxford University in the 1990s working on his doctorate in the department of English Language and Literature (completed in 2000). On a whim, he acquired a stack of US dollar bills from the Royal Bank of Scotland and used a laser printer in the Middle Common Room computer facility at St. Catherine’s College to print his poem “Dollar”—a short meditation on the nature of money—directly onto the bills. The bills were then released into circulation in the United States through payment at stores and in machines that accept paper money. His more recent effort, “Riddle Me,” is a poem in the ancient tradition of the riddle, essentially a playful attempt to describe NFT art. The title hints at the solution (“Riddle Me” rhymes with “NFT”) while also working as a gruesome double entendre, as when one is “riddled” with bullets (itself a play on the sarcastic idiomatic phrase “great, just shoot me,” a sardonic quality exhibited in his poems beginning with his first commercially published books, Sixty Sonnets, 2009).

Since the sale of a single NFT work of art for nearly $70 million at Christie’s in early 2021—a digital collage titled “Everydays: The First 5000 Days,” created by artist Mike Winkelmann, known as Beeple, over 13-and-a-half years—interest in the possibilities of crypto art has quickened, leading many aspiring artists, and now a poet, to contribute to the field. This revolution in artistic production and distribution raises many questions, some as old as art itself, and opens many new opportunities for artists and, perhaps, with poets as well. “Riddle Me” may be remembered as an early foray into the realm of NFT poetry.

The image above, also reproduced as the background on Ernest Hilbert’s store at OpenSea, is taken from an article in MIT Technology Review explaining how “a supermassive black hole lit up a collision of two smaller black holes.”