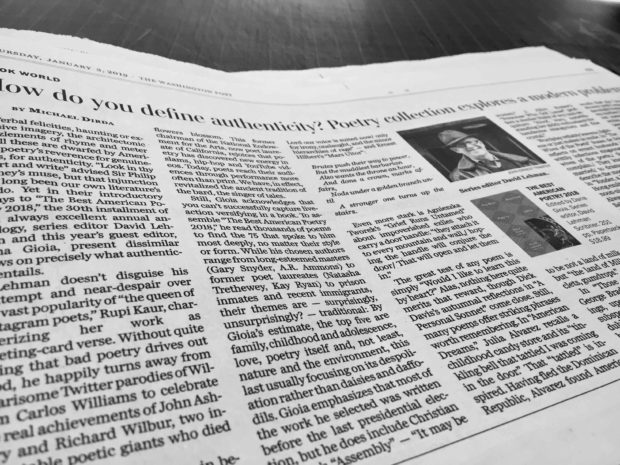 Ernest Hilbert’s poem “Mars Ultor,” which appeared in the Best American Poetry 2018 anthology (and will appear in Hilbert’s next book, Last One Out, March 2019), is cited by Michael Dirda in his Washington Post review of the anthology. Although the newspaper prints the lines as if they were stichic, they are, in fact, strophic and should appear as two tercets (corrected in the excerpt that appears in this post).

“To assemble The Best American Poetry 2018, [Gioia] read thousands of poems to find the 75 that spoke to him most deeply, no matter their style or form. While his chosen authors range from long-esteemed masters (Gary Snyder, A.R. Ammons) to former poets laureate (Natasha Trethewey, Kay Ryan) to prison inmates and recent immigrants, their themes are—surprisingly, unsurprisingly?—traditional: By Gioia’s estimate, the top five are family, childhood and adolescence, love, poetry itself and, not least, nature and the environment, this last usually focusing on its despoliation rather than daisies and daffodils. Gioia emphasizes that most of the work he selected was written before the last presidential election, but he does include Christian Wiman’s ‘Assembly’—’It may be Lord our voice is suited now/ only for irony, onslaught, and the minor hierarchies of rage’—and Ernest Hilbert’s ‘Mars Ultor’:

Even more stark is Agnieszka Tworek’s ‘Grief Runs Untamed’ about impoverished exiles who carry a door handle: ‘they attach it to every mountain and wall,/ hoping the handle will conjure the door/ That will open and let them in.'” 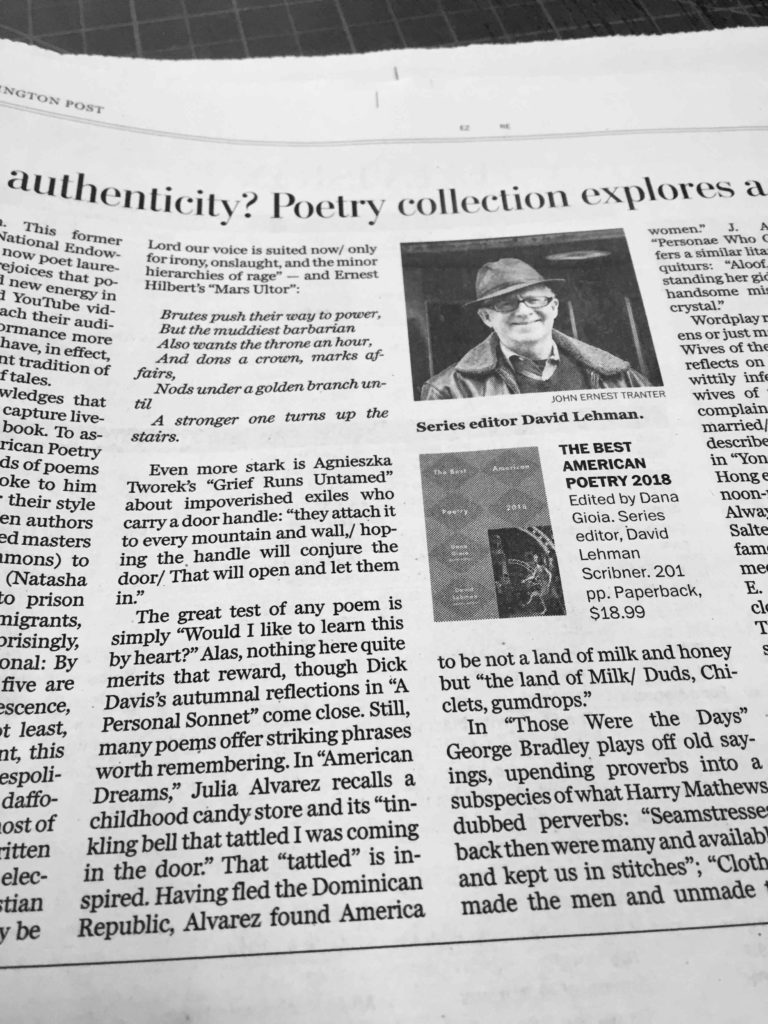