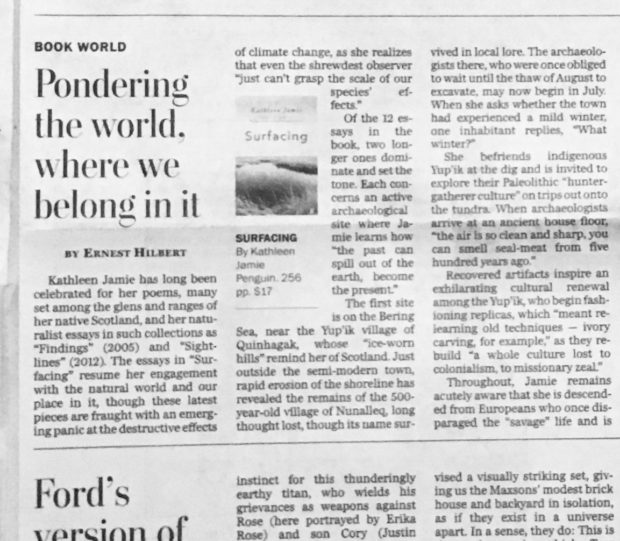 I had the pleasure of reviewing Kathleen Jamie’s latest colleciton of essays, Surfacing, for The Washington Post newspaper.

“Kathleen Jamie has long been celebrated for her poems, many set among the glens and ranges of her native Scotland, and her naturalist essays in such collections as Findings (2005) and Sightlines (2012). The essays in Surfacing resume her engagement with the natural world and our place in it, though these latest pieces are fraught with an emerging panic at the destructive effects of climate change, as she realizes that even the shrewdest observer ‘just can’t grasp the scale of our species’ effects.'”

Read on over at The Washington Post Book World.

0
Ernest Hilbert Reviews The Missing Pages: The Modern Life of a Medieval Manuscript from Genocide to Justice by Hegnar Zitlaian Watenpaugh

This is the most recent story