“The Self and the Mulberry” by Marvin Bell 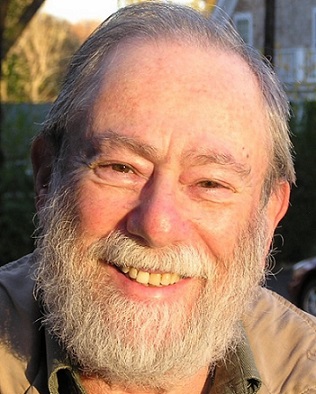 I wanted to see the self, so I looked at the mulberry.
It had no trouble accepting its limits,
yet defining and redefining a small area
so that any shape was possible, any movement.
It stayed put, but was part of all the air.
I wanted to learn to be there and not there
like the continually changing, slightly moving
mulberry, wild cherry and particularly the willow.
Like the willow, I tried to weep without tears.
Like the cherry tree, I tried to be sturdy and productive.
Like the mulberry, I tried to keep moving.
I couldn’t cry right, couldn’t stay or go.
I kept losing parts of myself like a soft maple.
I fell ill like the elm. That was the end
of looking in nature to find a natural self.
Let nature think itself not manly enough!
Let nature wonder at the mystery of laughter.
Let nature hypothesize man’s indifference to it.
Let nature take a turn at saying what love is!

The poet Marvin Bell passed away yesterday. Bell was born in New York City 1937, and raised in rural Long Island. He attended Alfred University and the University of Chicago. He enjoyed a long teaching career at the University of Iowa, where he influenced generations of poets and was the Flannery O’Connor Professor of Letters. Bell has published twenty-one volumes of poetry and served as Iowa’s first Poet Laureate.

0
Ernest Hilbert's Poem "Drink Me" Appears in The Moth