“Poem for a Daughter” by Anne Stevenson 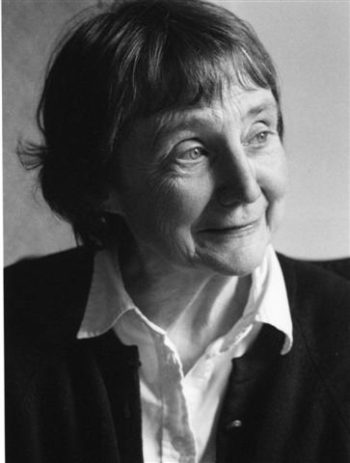 ‘I think I’m going to have it,’
I said, joking between pains.
The midwife rolled competent
sleeves over corpulent milky arms.
‘Dear, you never have it,
we deliver it.’
A judgement the years proved true.
Certainly I’ve never had you
as you still have me, Caroline.
Why does a mother need a daughter?
Heart’s needle, hostage to fortune,
freedom’s end. Yet nothing’s more perfect
than that bleating, razor-shaped cry
that delivers a mother to her baby.
The bloodcord snaps that held
their sphere together. The child,
tiny and alone, creates the mother.

A woman’s life is her own
until it is taken away
by a first, particular cry.
Then she is not alone
but a part of the premises
of everything there is:
a time, a tribe, a war.
When we belong to the world
we become what we are.

Anne Stevenson, one of the United Kingdom’s leading poets, passed away  this morning. Though she was born in England, Stevenson spent much of her formative years in the United States and actually considered herself to be American. She was the author of several books of poetry, most recently Completing the Circle (Blood Axe, 2020), and numerous critical and biographical works, including her important biography of Sylvia Plath, Bitter Fame (Mariner, 1989). In 2007, she received the prestigious Lannan Lifetime Achievement Award for Poetry as well as the Poetry Foundation’s Neglected Masters Award.