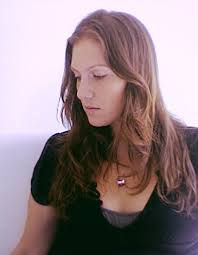 Remade again, we make the same mistakes again:
unthinking love like insects lustfully swerving loops.
Like most girls, I stoke mental midnight barbeques—
destroy incriminating artifacts, defend,
absolve the most foregonely inconclusive men.
By day I play nonstop if/then, internally pluck
a love me, love me not lament. And when
he goes, I go too far; turn hard. I bolt the locks
behind him, one by one. But always when he comes
I weave a line from gauze, thin thread for him to climb
from her to me once more, decision time
delayed again. He can’t be sure. I’m sure I’ve done
things wrong. But he attracted me; it happened, still.
And now our love’s not whether, but how long until.

It isn’t whether. No. Only: how long until
how bad it gets. Our quick, our clutch. Or, sluggish rift.
How costly this, a wished subletting of the heart.
Not mine to squat in; he’s not mine (it’s fine). But still:
that sock-to-the-stomach, sudden hollow Ugh! You see
the ante? I’m already un and raveling;
this scanty hope swan-songing my integrity.
(But maybe, also, just a little, reveling?
Piñata pricked, unpilfered? Tamed tsunami swell?
An overflowing loving cup?) Tut, tut! Too cursed.
Too much. I won’t allow it. Silly, sad, or worse:
tonight I’ll disavow these high-jinks, hurts, these hells.
(I will? I might.) I must. Such surefire track to lack,
a certain fade to black . . . . Oh fuck it. Holler back.

Drawn curtain: faded, black. We fucked. We hollered. Back-
tracked and let sunlight in. Repeated. Weekended
in secret. Got outed. Paused. Rebounded. Tended
belabored hearts, but badly. Madly loved. Attacked
covertly. Wept explicitly. Like sailors pressed
to duty on a ship, we gauged our endless trip
in knots; threw cannonballs of angry nots, then stripped
our decks with unexpected yeses. Reaped such bless-
ings, only to blaspheme them. Wars, then truces: meant
them. Didn’t mean them. Lost him and redeemed him. Pleased
him. Keened. Appeased no one. Repeated. When he ceased
his meanness, I retreated. Wanted, but discounted
what I needed. Didn’t know I ended when
this first began. But I would do it all again.

When this began, I knew I’d do it. Fall again,
do wrong again. Born into debt, I know I owe
for every weapon, every word. Each lie, each sin,
each deed a bead that slides along a wire in rows,
internal abacus to tally each offense.
Together, we hurt everything we touch; apart,
ourselves. How do we choose? At some point, counterpoint
is pointless—only voices voicing dissonance.
Our bodies: losing arguments we enter in-
to too relentlessly, astride a fence we see
can’t pen us endlessly. We’ll pay eventually.
Your stroke, your fingers at my throat, the paraffin
that I become: we are both crime and smoking gun.
And we’ll continue hiding it from everyone.

We can’t continue hiding. Almost everyone
is hiding; almost everyone is getting caught.
Distraught, we fight. We keep our shutter-eyelids shut
against the doormat-sleeping days we know will come.
And every winsome man’s like you—an eyelash shy
of possible. And every frantic woman wants
to get to the heart of a fleeing, wing-beating heart.
People like us: we’re dust, we’re everywhere. We lie
in spaces between places praying madly for
each other, staying mad at one another, hot
because we’re bothered. Chasing careless fathers or
neglectful mothers. Listen well: I love you, but
it’s over. The inevitable mess we’ve been,
unmade again. Mistake I’ll never make again.

Original appearance in No Tell Motel.