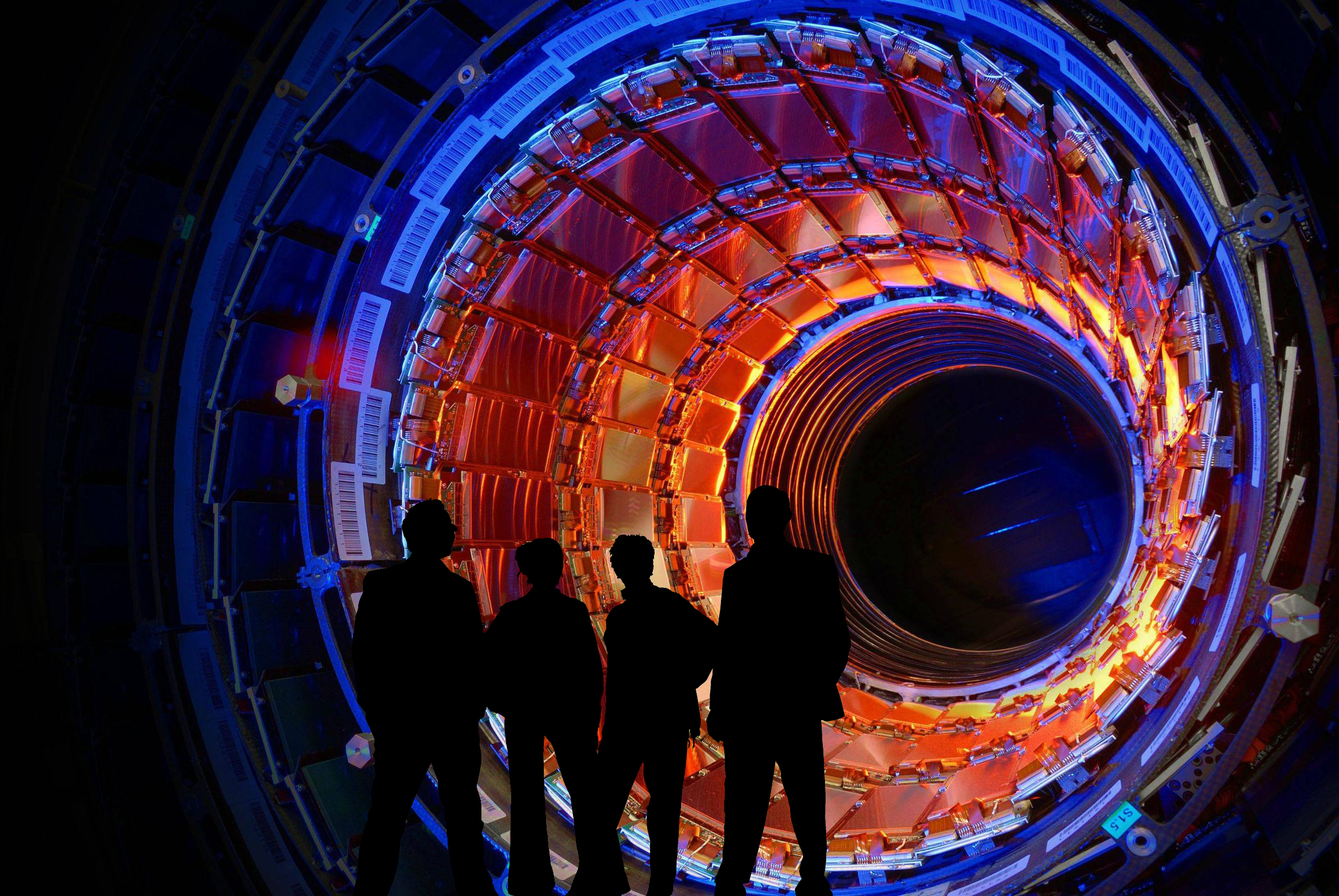 tells me creation is full of hadrons
and Higgs bosons so charmingly shy
they could show up with wide little eyes
under the foliage in a PBS wildlife special
although they’re faster—zipping in and out
of existence until your left hemisphere
captures them in its personal cloud chamber
where you only know them because they interact
sending each other off at crazy angles
or maybe you might catch them somewhere
interesting in space/time: a star igniting
or even the Big Bang. Singly, yet ready
to combine with others, like words they
keep popping out of the background nothing.