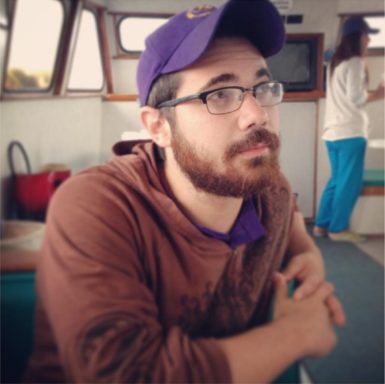 I used to think they’d all arrive
safely down south somewhere, the geese,
their “W,” half-scrawled against the sky—
just like the commercial flights traversing
over Valley Forge all day,
the fingerprints of white exhaust
unfurled in slow ballet,
marking the journey out of sight.

Now, I take them as a warning
and know that migratory patterns
must be learned or they are lost.
I heard the geese this morning
and wondered if the flock will ever
make it out of state. The nights draw
us deeper as we slip into December—
no destination or pattern to remember.

Luke Bauerlein’s poems and essays have previously appeared in the NY Times, Rattle, BODY, Unsplendid, and elsewhere. He currently resides in Phoenixville PA and writes songs and performs with the band, The Late Greats.