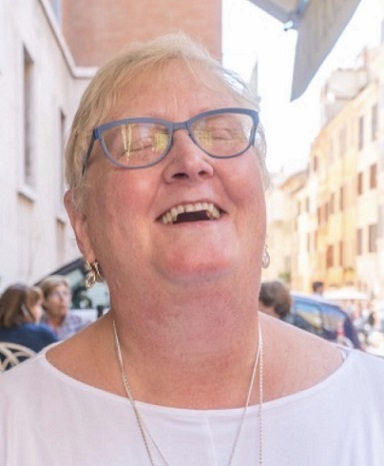 You lull yourselves with dimple-handed cherubs
simpering in your étagère half-naked;
small-breasted maidens, tissue-winged and swooning
there on your desktop;

all those complacent fleshy pastel eunuchs
posing with harp or horn on the Christmas mantel:
you underestimate to your own peril
Whom we have come from,

Whom we are acting for, and it’s too late now:
suddenly it’s too late to ask for mercy.
Mercy is what you’ll get—His wide-armed mercy—
but you won’t like it.

He has been with you, at your elbow, lovesick,
down the millennia. He knows you deeply,
yet still encumbers your black hearts with blessings.
Willing unwillful

Don’t act as though some game’s been played unfairly:
He’s never skimped on prophets since He breathed you
out of the mud and on your way to Heaven—
yours for the asking—

but you were too intent on what you’d crawled from.
You can’t begin to dream what you’ve rejected,
what we would give to need His fierce salvation,
require His dying ….

shrieking the air with shards of stained-glass windows;
love like a sunstorm, sweeping before it nations,
continents, galaxies, and all your hubris.
Yes, say your prayers now.

This is your Precious Moment, I its angel,
angry and dark and terrible. God With Us,
Emmanu-el, comes bearing yet more mercy,
but you won’t like it.

Jane Greer is the author of Love like a Conflagration (Lambing Press, 2020). She founded and edited Plains Poetry Journal (1981-1993), a literary magazine that was an advance guard of the New Formalism movement. She lives in Bismarck, North Dakota.