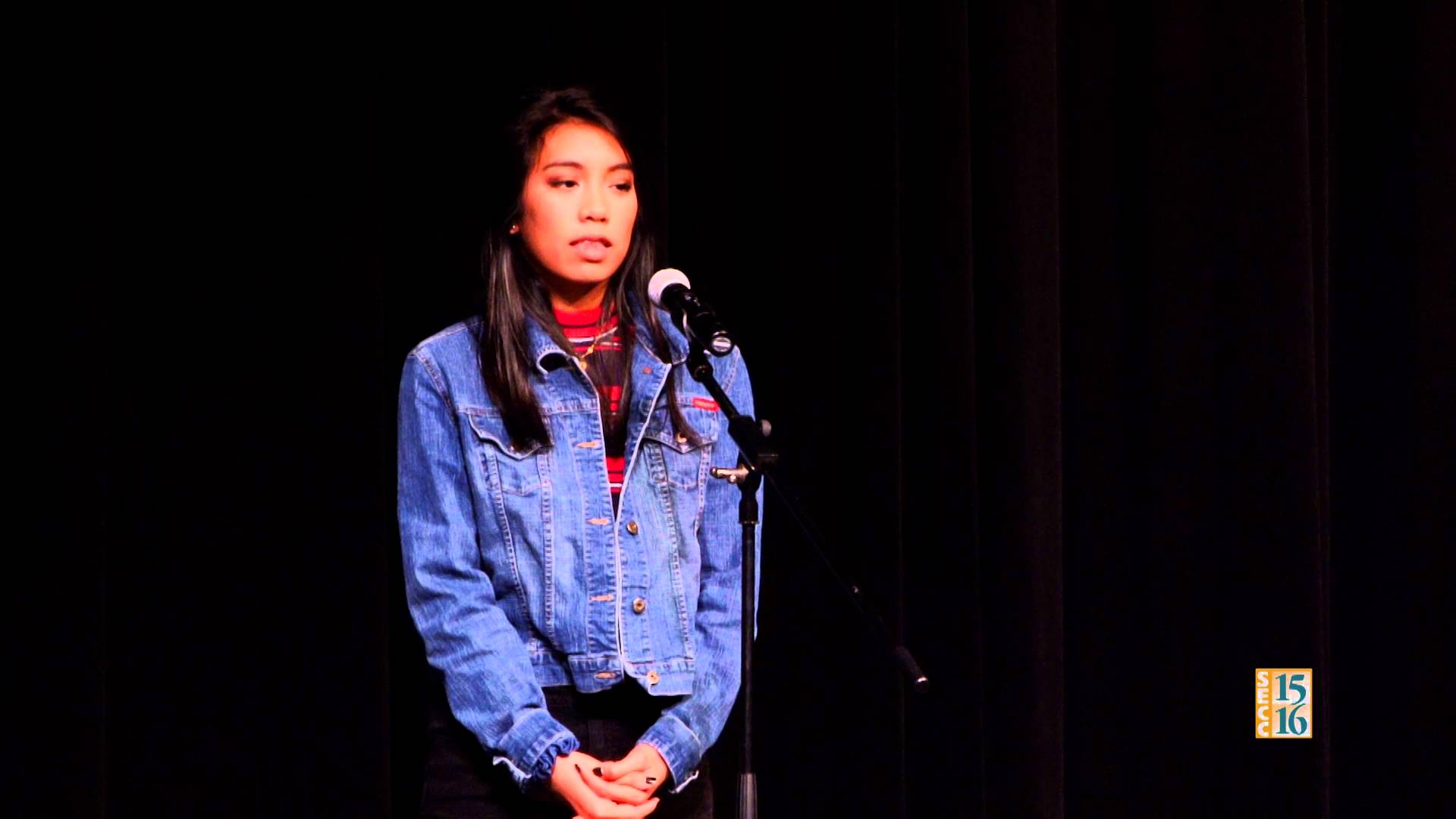 It is always gratifying to learn that my poem “Domestic Situation”, from my first book Sixty Sonnets, has been memorized and recited by students for the Poetry Out Loud national recitation contest who have then advanced to the following round on the strength of my poem. This month, a few, including Janelle Reyes, have used it to advance.

From Orcutt Academy High School, we learn that five students “will travel to Santa Barbara to compete in the county competition at the court house. The five top-earning champions include Eden Bailey (“Advice to a Prophet” by Richard Wilbur), Cianna Williams (“Negative” by Kevin Young), Claire Craig (“Ode for the American Dead in Asia” by Thomas McGrath), Nicole Foster (“Cartoon Physics, Part One” by Nick Flynn), and Chandler Alvino (“Domestic Situation” by Ernest Hilbert). Congrats to all. This was the best year yet. We look forward to what happens next as our competitors face off at the county level.” From Delawareonline.com we learn that “Sanford School’s Jordan McMillan recites ‘Domestic Situation’ by Ernest Hilbert in the Poetry Out Loud Delaware State Finals at the Smyrna Opera House on Tuesday night.”

From Warwick High School in Pennsylvania we learn that “freshman Abigayle (Abbi) Knouse for winning the Regional Poetry Out Loud Recitation Contest! Abbi performed the following three poems: “Domestic Situation” by Ernest Hilbert, “It Couldn’t Be Done” by Edgar Albert Guest, and “I Felt a Funeral, in my Brain, (340)” by Emily Dickinson. Abbi competed with students from Adams, Franklin, Fulton, York, and Lancaster counties. Abbi will represent those counties at the state competition to be held at the State Museum on March 7, 2016. The national finals will be held in Washington, D.C., May 2-4. Prizes will total more than $50,000 in scholarships and school stipends, and the winner will receive at least a $20,000 scholarship.” The Inyo Council for the Arts in Inyo County, California, announces that “Poetry Out Loud gives students an opportunity to master public speaking skills, build self-confidence, and learn about their literary heritage. Shyann Padilla’s readings of ‘Drowning in Wheat’ by John Kinsella and ‘Domestic Situation’ by Ernest Hilbert, wowed the guest judges, who evaluated student performances on criteria including presence, evidence of understanding, and accuracy. Padilla moves on to compete in Sacramento at the end of this month representing Inyo County in the California State Championship.” I’m also told that the Sonoma County Poetry Out Loud school winners this year included one who read “Domestic Situation.”

From Burlington High School we hear that Carli Boodakian will read Ernest Hilbert’s “Domestic Situation” as one of the “Poetry Out Loud semifinalists who are preparing to storm the stage tomorrow and impress us with their courage and their poetry.”