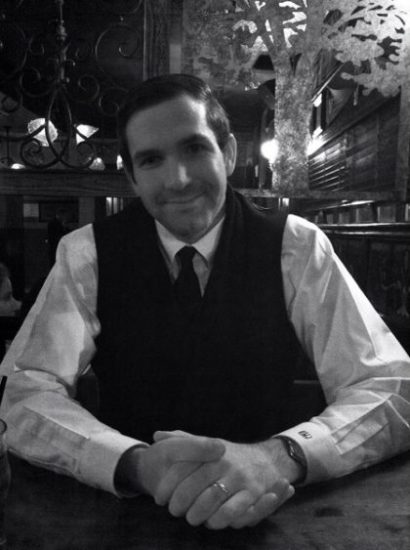 Don’t listen to that ungodly racket
Your parents make about your hair, your dates,
The spooky associates
With whom you trudge into the night, your jacket
Purposely left behind. The old debate’s

Always the same. They say you’re foolish
And you say they’re pathetic, who’ve allowed
Themselves to join the crowd
Of fleshy middle-aged folks making ghoulish
Faces when the Witch House gets too loud.

Forget them. Forget the disquisitions
Your teachers offer just to keep you bored,
That History award
You should’ve won, the college’s Admissions
Policy, the shrewd class-pets, and the simian horde

That rules the hallways you get lost in
The way a ghost is lost in sunlit air.
Let your youth’s baffled despair
Vanish in a fifth of Mr. Boston.
Go out into the dark, go out somewhere

With older kids who have deserted
Their futures already, who’ve sliced up their wrists on a bet,
And keep a cigarette
Behind your ear for the one with whom you’ve flirted
In Lit. Like Romeo and Juliet,

Head out for a graveyard’s shade.
Beneath the elms, you’ll hear howls of mock derision,
But hold to your decision
And lose yourself, till the human noises fade,
In heavenly pleasures, shielded by tombstones from vision.


Ryan Wilson is the editor of Literary Matters. He has published widely in periodicals such as First Things, Five Points, The Hopkins Review, The New Criterion, The Sewanee Review, and The Yale Review. His first book, The Stranger World, was awarded the 2017 Donald Justice Poetry Prize and was published by Measure Press earlier this year.

0
"From 'The Building of the Ship' " by Henry Wadsworth Longfellow