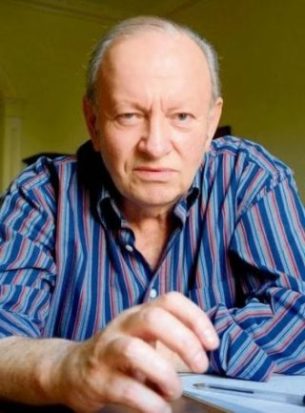 “Wonders are many and none is more wonderful than man”
Who has tamed the terrier, trimmed the hedge
And grasped the principle of the watering can.
Clothes-pegs litter the window-ledge
And the long ships lie in clover. Washing lines
Shake out white linen over the chalk thanes.

Now we are safe from monsters, and the giants
Who tore up sods twelve miles by six
And hurled them out to sea to become islands
Can worry us no more. The sticks
And stones that once broke bones will not now harm
A generation of such sense and charm.

Only words hurt us now. No saint or hero,
Landing at night from the conspiring seas,
Brings dangerous tokens to the new era—
Their sad names linger in the histories.
The unreconciled, in their metaphysical pain,
Dangle from lampposts in the dawn rain:

And much dies with them. I should rather praise
A worldly time under this worldly sky—
The terrier-taming, garden-watering days
Those heroes pictured as they struggled through
The quick noose of their finite being. By
Necessity, if not choice, I live here too.

0
"The Aphrodisiac" by Medbh McGuckian