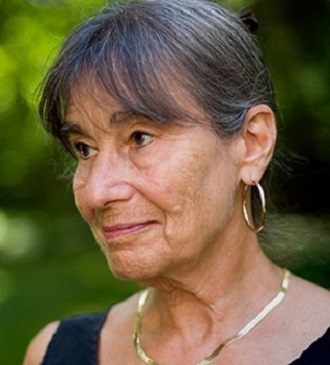 What to wear, how to smoke, how to despise our parents
who didn’t understand us or America

Alicia Suskin Ostriker is a major American poet and critic. She is the author of numerous poetry collections, including, most recently, Waiting for the Light; The Old Woman, the Tulip, and the Dog; The Book of Life: Selected Jewish Poems, 1979–2011; and The Book of Seventy, winner of the National Jewish Book Award. She has received the Paterson Poetry Prize, the San Francisco State Poetry Center Award, the William Carlos Williams Award, and has twice been a finalist for the National Book Award, among other honors. Ostriker teaches in the low-residency MFA program at Drew University and is currently a chancellor of the Academy of American Poets.