“The Evil One” by Håkan Sandell, Translated from the Swedish by Bill Coyle 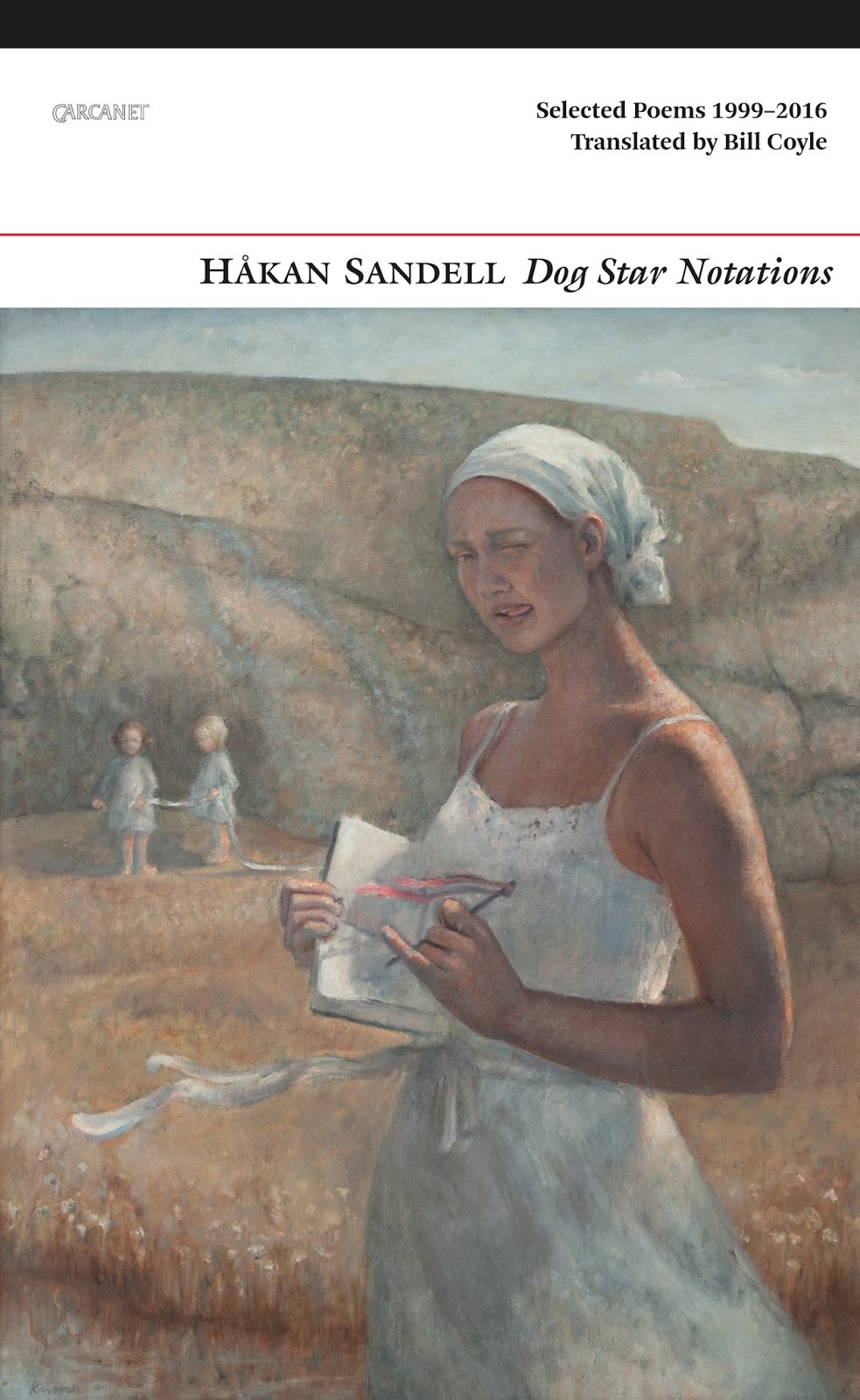 Little enough at first to come in through the keyhole,
as I learned later on, bee-sized, it nonetheless
retained a kind of graceful abnormality when,
full grown at one hand high, its wings spread in a show,
it introduced itself to me with a little nod.
In the dark countenance two eyes as black as coal
cut through the room, body so trim and so athletic
his arched back didn’t make him look the least bit elderly.
The creature stood there, black in black as in a rainbow
for the night, smiling, with his mustache’s sparse whiskers
trembling in time to the gusts of his sulfuric breath.
‘You called on Us,’ he hissed, ‘you called us with your poems,
their viper’s beauty and their underground blue mysteries . . .’
An elemental? A homunculus? A Nephilim?
I wondered from what ancient race he was descended.
‘Do you suppose’, he went on, ‘you can simply stroll
as you see fit among Our ranks? Well, let me tell . . .’
The little dark thing on my desk got a good slap
that knocked his golden earring off; he started whining,
praying, imploring—really a pathetic character—
and offering me at the same time power beyond imagining.
The worst was when he started staying up all night
working on drafts of poems and then expecting gratitude.
He complained often: too cold, too damp, and through his chattering
pike’s teeth he stammered, ‘Someone really ought to set
fire to something, oh the red flames would be magical’.
And then, one winter evening, by accident,
he said, my manuscript burned up, that big, colourful tract
of morning stars and blue-black brier-roses that
the fiend had illustrated but that he, rebellious
as always, turned into a string of oaths and blasphemies.
Time passed, and he grew thinner, and he stopped his nagging.
He shrank and paled, turning more bluish; he began
sleeping all day, while evenings he sat up and fanned
himself in vain with his dry wings, feverish and sweltering.
The skin hung from his backbone like a sail gone slack,
his buttocks, once upon a time grape-blue and tight,
withered, and looking at his wings I could see right
through to the pale arteries where the blood had dried.
I made the little wretch a bed from a shoebox,
and though he found my sympathy repulsive, I
heard only the occasional obnoxious comment
as I rubbed Vaseline into his wings to try
and ease the awful dryness, and in my hands his long
ears were so chapped and brittle that I nearly cried.
I fed him with a coffee spoon: a sip of bullion,
a drop of rum sometimes; and this although he tried
to clamp his lips shut tight; talk about devil’s spawn!
Still, he was company; in the evenings I could tell
that he was there by glimmerings from his direction
like the last hints of light and fire in the sunset.
One morning he lay cold and rigid in his box.
It was a shock; the loneliness came welling up
then, and I wept for him on his descent to hell.
My sorrow was unfettered, wild, irrational,
and for a long time I just left him lying there.
Eventually, I went and burned him and his box
and hid away the pieces of his skeleton
from my eyes’ sorrow, hoping, too, to shield myself
from the incomprehension of both foe and friend
.But first, just out of curiosity, I measured
his corpse: twenty-four centimetres end to end.