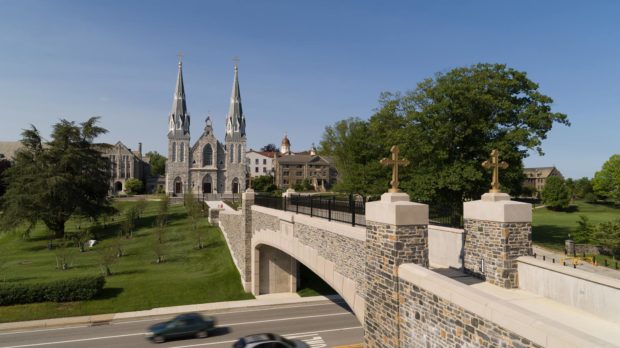 I’ll be reading this coming Wednesday, February 6th, at Villanova University for a regional launch of the Best American Poetry 2018 anthology. The official verbiage follows. Hope to see you there!

Villanova University is honored to host the regional launch of The Best American Poetry 2018 as well as the newly-issued thirtieth anniversary edition of The Best American Poetry. For three decades, the Best American Poetry has served as an annual occasion to recognize new work by American authors; inclusion is one of the great honors established and emerging poets may receive. The anthology was officially launched at New York University, in September 2018, but Villanova now brings together six of the anthology’s authors, along with series editor and host David Lehman, for an evening of reading, discussion, and fellowship on our campus. David Lehman will chair the event, which will feature short readings from six poets: Maryann Corbett, Ernest Hilbert, Mary Jo Salter, Adrienne Su, Ryan Wilson, and Villanova’s own James Matthew Wilson. The public is warmly invited to this special evening to celebrate the achievement of contemporary letters and to join us for food and conversation afterwards. This event is sponsored by the Honors Program, the Villanova Center for Liberal Education, the Department of English, and the Department of Humanities. For more information, contact James Matthew Wilson, at james.m.wilson@villanova.edu

Maryann Corbett was born in Washington, DC, and grew up in northern Virginia. She earned a BA from the College of William and Mary and an MA and PhD from the University of Minnesota. She has published three books of poetry: Breath Control (2012); Credo for the Checkout Line in Winter (2013), which was a finalist for the Able Muse Book Prize; and Mid Evil (2014), the winner of the Richard Wilbur Award. In 2009, Corbett was the co-winner of the Willis Barnstone Translation Award. She lives in Saint Paul, Minnesota.

Ernest Hilbert’s debut poetry collection Sixty Sonnets (2009) was described by X.J. Kennedy as “maybe the most arresting sequence we have had since John Berryman checked out of America.” His second collection, All of You on the Good Earth (2013), has been hailed as a “wonder of a book,” “original and essential,” an example of “sheer mastery of poetic form,” containing “some of the most elegant poems in American literature since the loss of Anthony Hecht.” His third collection, Caligulan (2015), has been called “brutal yet beautiful,” defined by “pleasure, clarity, and discipline,” “tough-minded and precise,” filled with a “stern, witty, and often poignant music,” “a page-turner in a way most poetry books can never be,” and “an honest book for dishonest times.” Caligulan was selected as the winner of the 2017 Poets’ Prize.

Host David Lehman was born in New York City in 1948. He was educated at Columbia University, spent two years in England as a Kellett Fellow at Cambridge University, and worked as Lionel Trilling’s research assistant upon his return to New York. Lehman initiated The Best American Poetry series in 1988. He has received a Guggenheim Fellowship and an award in literature from the American Academy of Arts and Letters. He is the author of several collections of poems, including Poems in the Manner Of (Scribner, forthcoming March, 2017) and New and Selected Poems (Scribner, 2013).

Mary Jo Salter is the author of eight books of poetry, most recently The Surveyors. A frequent reviewer and essayist, she is also a lyricist whose song cycle “Rooms of Light,” with music by Fred Hersch, premiered at Lincoln Center in 2007. Her children’s book The Moon Comes Home appeared in 1989; her play Falling Bodies premiered in 2004. She is also co-editor, with Margaret Ferguson and Jon Stallworthy, of The Norton Anthology of Poetry (4th edition, 1996; 5th edition, 2005).

Adrienne Su was raised in Atlanta, Georgia, earned a BA from Radcliffe College of Harvard University and an MFA from the University of Virginia. She is the author of the poetry collections Middle Kingdom (1997), Sanctuary (2006), Having None of It (2009), and Living Quarters (2015). Her awards include a National Endowment for the Arts Fellowship and residencies at the Fine Arts Works Center and The Frost Place.

James Matthew Wilson is Associate Professor of Religion and Literature in the Department of Humanities and Augustinian Traditions at Villanova University. He has published eight books, including The Hanging God (Angelico), The Vision of the Soul: Truth, Goodness, and Beauty in the Western Tradition (CUA, 2017); the major critical study, The Fortunes of Poetry in an Age of Unmaking (Wiseblood, 2015); a collection of poems, Some Permanent Things; and a monograph, The Catholic Imagination in Modern American Poetry (both Wiseblood Books, 2014). Wilson is the Poetry Editor of Modern Age magazine and the series editor of Colosseum Books. In 2017, he received the Hiett Prize from the Dallas Institute of Humanities and Culture.

Ryan Wilson was born in Griffin, Georgia, and raised in nearby Macon, Georgia. He graduated from Tattnall Square Academy in 2000. He earned his Bachelor of Arts at The University of Georgia in 2004, his Master of Fine Arts from The Writing Seminars at The Johns Hopkins University in 2007, and a second Master’s degree from Boston University in 2008. Wilson’s poems, translations, and criticism appear widely, in periodicals such as First Things, Five Points, The Hopkins Review, The New Criterion, The Sewanee Review, and The Yale Review. Wilson’s first book of poems, The Stranger World, won the 2017 Donald Justice Poetry Prize.

"A Flock Made Flesh" by Daniel Klawitter