Ernest Hilbert on Illustrated Dust Jackets in the Washington Post 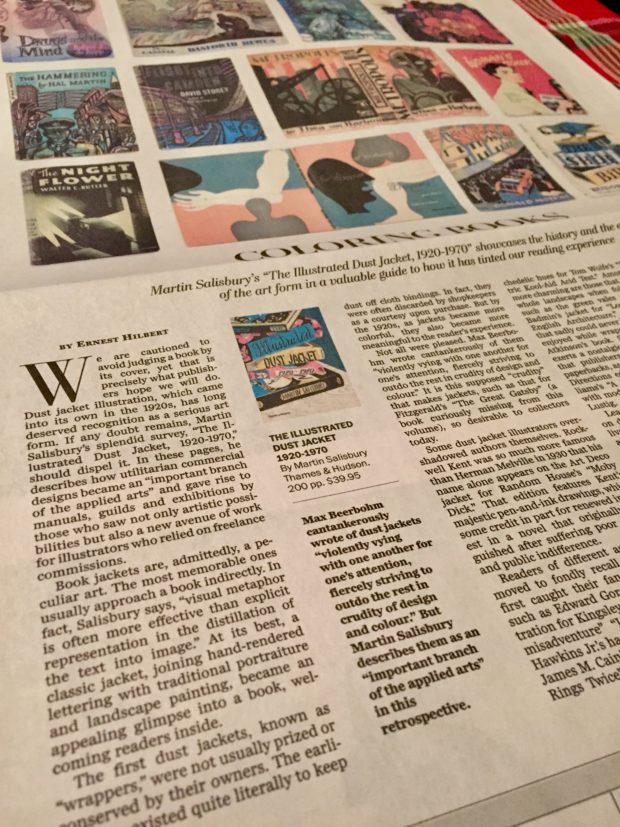 My latest review for the Washington Post appears in today’s Sunday edition of the paper. I had a chance to talk about Martin Salisbury’s enormously pleasing history of the illustrated dust jacket:

We are cautioned to avoid judging a book by its cover, yet that is precisely what publishers hope we will do. Dust jacket illustration, which came into its own in the 1920s, has long deserved recognition as a serious art form. If any doubt remains, Martin Salisbury’s splendid survey, The Illustrated Dust Jacket, 1920-1970, should dispel it. In these pages, he describes how utilitarian commercial designs became an “important branch of the applied arts” and gave rise to manuals, guilds and exhibitions by those who saw not only artistic possibilities but also a new avenue of work for illustrators who relied on freelance commissions.

Book jackets are, admittedly, a peculiar art. The most memorable ones usually approach a book indirectly. In fact, Salisbury says that “visual metaphor is often more effective than explicit representation in the distillation of the text into image.” At its best, a classic jacket, joining hand-rendered lettering with traditional portraiture and landscape painting, became an appealing glimpse into a book, welcoming readers inside.

0
Books Read or Reread by Ernest Hilbert in 2017

"Not They Who Soar" by Paul Laurence Dunbar