Episode Two of Works Cited: Kevin and the Lukes Talk About “My Story in a Late Style of Fire” by Larry Levis 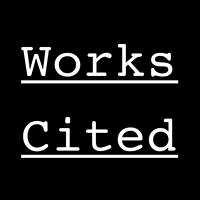 “My Story in a Late Style of Fire” by Larry Levis

Whenever I listen to Billie Holiday, I am reminded
That I, too, was once banished from New York City.
Not because of drugs or because I was interesting enough
For any wan, overworked patrolman to worry about—
His expression usually a great, gauzy spiderweb of bewilderment
Over his face—I was banished from New York City by a woman.
Sometimes, after we had stopped laughing, I would look
At her & and see a cold note of sorrow or puzzlement go
Over her face as if someone else were there, behind it,
Not laughing at all. We were, I think, “in love.” No, I’m sure.
If my house burned down tomorrow morning, & if I & my wife
And son stood looking on at the flames, & if, then
Someone stepped out of the crowd of bystanders
And said to me: “Didn’t you once know. . . ?” No. But if
One of the flames, rising up in the scherzo of fire, turned
All the windows blank with light, & if that flame could speak,
And if it said to me: “You loved her, didn’t you?” I’d answer,
Hands in my pockets, “Yes.” And then I’d let fire & misfortune
Overwhelm my life. Sometimes, remembering those days,
I watch a warm, dry wind bothering a whole line of elms
And maples along a street in this neighborhood until
They’re all moving at once, until I feel just like them,
Trembling & in unison. None of this matters now,
But I never felt alone all that year, & if I had sorrows,
I also had laughter, the affliction of angels & children.
Which can set a whole house on fire if you’d let it. And even then
You might still laugh to see all of your belongings set you free
In one long choiring of flames that sang only to you—
Either because no one else could hear them, or because
No one else wanted to. And, mostly, because they know.
They know such music cannot last, & that it would
Tear them apart if they listened. In those days,
I was, in fact, already married, just as I am now,
Although to another woman. And that day I could have stayed
In New York. I had friends there. I could have strayed
Up Lexington Avenue, or down to Third, & caught a faint
Glistening of the sea between the buildings. But all I wanted
Was to hold her all morning, until her body was, again,
A bright field, or until we both reached some thicket
As if at the end of a lane, or at the end of all desire,
And where we could, therefore, be alone again, & make
Some dignity out of loneliness. As, mostly, people cannot do.
Billie Holiday, whose life was shorter & more humiliating
Than my own, would have understood all this, if only
Because even in her late addiction & her bloodstream’s
Hallelujahs, she, too, sang often of some affair, or someone
Gone, & therefore permanent. And sometimes she sang for
Nothing, even then, & it isn’t anyone’s business, if she did.
That morning, when she asked me to leave, wearing only
The apricot tinted, fraying chemise, I wanted to stay.
But I also wanted to go, to lose her suddenly, almost
For no reason, & certainly without any explanation.
I remember looking down at a pair of singular tracks
Made in a light snow the night before, at how they were
Gradually effacing themselves beneath the tires
Of the morning traffic, & thinking that my only other choice
Was fire, ashes, abandonment, solitude. All of which happened
Anyway, & soon after, & by divorce. I know this isn’t much.
But I wanted to explain this life to you, even if
I had to become, over the years, someone else to do it.
You have to think of me what you think of me. I had
To live my life, even its late, florid style. Before
You judge this, think of her. Then think of fire,
Its laughter, the music of splintering beams & glass,
The flames reaching through the second story of a house
Almost as if to—mistakenly—rescue someone who
Left you years ago. It is so American, fire. So like us.
Its desolation. And its eventual, brief triumph.

"The Last Time I Saw Dylan" by Juliana Gray