“What Was” by Tamara Oakman 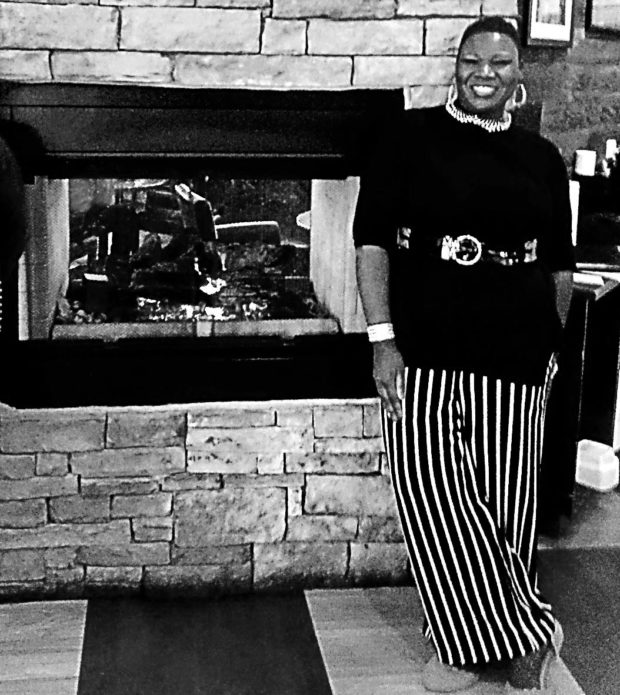 A baby’s breath and blood
her uterus did not want.

Her heart felt the moment
when the obsidian petals

of the universe opened
to receive the soul

of what was made and unmade whole.
Hibiscus stained the sheets and she

bled floods of dark red suns
into a cotton grave

that seized all that still remained
of the tiny one that she had named.

She will always love—
the baby her womb forsook . . .

crashed against her womb
and then the shove off—

into the watery wings
of a black moth.

Tamara G. Oakman, a neo-confessional writer and also an English, writing, ESL and humanities professor, has had work appear in such magazines as Many Mountains Moving, Philadelphia Stories and Best of Anthology, Mad Poets Review, Certain Circuits Magazine, Painted Bride Quarterly, Fox Chase Review and other online and in print magazines. She has awards in poetry, fiction, creative non-fiction, and drama, and performs poetry and fiction in Philadelphia and the surrounding tri-state areas. She has an MA in English and an MA in humanities from Arcadia University where she studied Pulitzer Prize winning poet Anne Sexton at the Howard Gotlieb Archival Research Center in Boston, MA. This was during two independent studies at where she lived in the poet’s space and interviewed friends and colleagues (including Maxine Kumin) culminating in a 40-page article about her journey blended with a critical analysis of Sexton’s work. She also gives lectures on Sexton’s biography and body of work. She studied creative writing fiction in Umbria, Italy with tours of Bevagna, Spello, Assisi, Spoleto, Montefalco, and Roma.

She is an event coordinator who has hosted, created and organized many events, series, writing workshops and festivals in Philadelphia namely, The Light of Unity Festival, In Celebration of Women, Writing for Therapy, The Business of Words, and the Philadelphia Poetry Festival. She judged; the Hidden River Arts fiction and drama contest, the Philadelphia Writer’s Conference poetry contest, the Montgomery County Poet Laureate Competition (2012), and Ursinis College’s Dolman Prize (2013). Her efforts have been reported in The Philadelphia Inquirer, The City Paper, The Metro, The Reporter and she has been televised on WHYY in their Friday Arts Series, and through Moonstone Arts and PhillyCam presenting: Who Do You Love? Pablo Neruda. She has edited multiple anthologies and published multiple writers in the city of Philadelphia. She is co-founder and internship coordinator for APIARY magazine. Come see what the buzz is all about at www.apiarymagazine.com!

ANNOUNCING THE TRIUMPHANT RETURN OF THE E-VERSE EQUINOX READING SERIES!