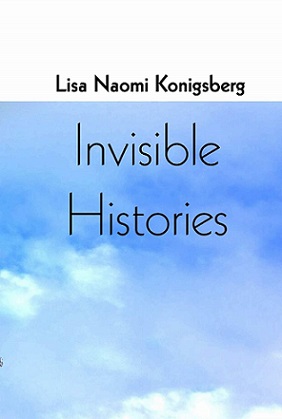 The night does not know me
any more than the day does—
but if I could choose,
I would sew the night stars up into my palm as guides.
During the day, they would burn there
like bats smoldering inside leafed tree limbs, waiting.
Then, at dusk, with one wave of my hand, I illuminate everything.
That scattered light would be astonishing.
Imagine a woman, who so few consider,
rearranging the night sky with her burst of lightning,
her flesh-born thunder.

Lisa Naomi Konigsberg is Assistant Professor of English at West Chester University in West Chester, Pennsylvania. Her work has appeared various journals, and she is one of the featured poets and chapbook winners of the Moonstone Poetry Series, 2019, for her chapbook titled The Golden Mean. Her work has been described as “Luminous with compassion” by Philadelphia poet Lamont Steptoe. One of her goals a s a poet is to transcribe cultural tropes and reconvene with the natural world to distill them down to observable forms and images. That is an ongoing process.  As Kim Bridgford wrote of Lisa’s work, “In a difficult world, [Konigsberg] still exudes a sense of wonder…builds with a sweeping gesture, and leaves a resonant close…She chooses to focus on the moment. We are always given a choice, and Konigsberg chooses joy.”

0
"Romulus and Remus" by David Lehman