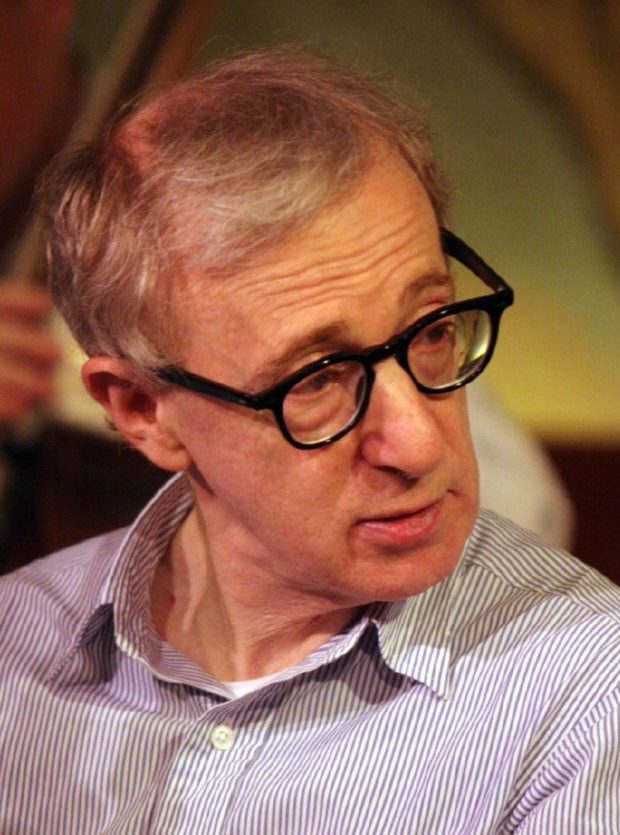 Manhattan (1979): In this film, widely regarded as one of Woody’s masterpieces (98% on Rotten Tomatoes), Allen (born 1935) plays a 42 year old comedy writer who is dating a 17-year-old high school student, played by 17-year-old Mariel Hemingway (born 1961). It was a different time, and the age difference raised nary an eyebrow. In real life, according to Hemingway, Allen spent a great deal of time on the weekends with her, instructing her, taking her out, etc. Once she turned 18, he asked her to accompany him to Europe on a trip, where, she understood, they would be sharing a bed. Her parents encouraged it but she decided against it. How young was Hemingway? So young she’d only gotten her period a couple of times when this happened.

Husbands and Wives (1992): Woody Allen’s character (born 1935) becomes interested in a character played by Juliette Lewis (born 1973), and Juliette Lewis’ character dates her much older analyst, played by Ron Rifkin (born 1939). This movie was made while Allen was having an affair with Soon Yi Previn, but before Mia Farrow had found out about it and they’d broken up.

Blue Jasmine (2013): Alec Baldwin’s character (born 1958), leaves his wife for his friend’s teenaged au pair. The beautiful, wispy, regal blonde played by Cate Blanchett, originally can’t believe her husband would have a serious romance with someone who she practically regards as a daughter, but once she accepts it, she does something rash in revenge that ends up destroying her life.

Hannah and her Sisters (1986): Max von Sydow (born 1929) and Barbara Hershey (born 1948) play a long-term couple. When von Sydow discovers that Hershey is having an affair, he confesses he always thought he was too old for her and that she’d leave him for a younger man. This was Allen’s most financially successful film until Midnight in Paris.

Extra! Stardust Memories (1980): It’s Allen’s self-referential homage to Fellini. He plays a filmmaker whose current, deeper work is dismissed as being not as good as his earlier, funnier movies. He is seeing Charlotte Rampling, a mere 11 years younger than himself, but he likes talking with her about her incestuous feelings for her father and his own sexual flirtations with her 13-year-old cousin.

Extra extra! Whatever Works (2009): Larry David (born 1947), a misanthropic divorcé who frequently complains that no one is his intellectual equal, forms a relationship with Evan Rachel Wood (born 1987), a somewhat simpleminded young woman who is homeless and begs for his help. She finds Boris to be irresistible and the two marry.