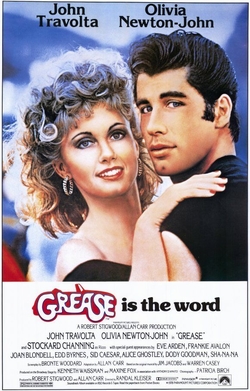 Grease: Great musical film, or greatest musical? OK, maybe there are better ones, but there was nothing better for a 1970s tween. And it’s still just as fun to watch today. But a few aspects haven’t aged all that well. Acceptable behavior for high school students has changed. For example, the movie includes . . .

3. Rape joke: In the song “Summer Nights”, Danny and Sandy talk about meeting at the beach the past summer. Danny, brags to his friends that he slept with Sandy, and his friend asks if she “put up a fight”.

2. Slut-shaming: The coolest character in Grease is Rizzo, obviously. But she ends up being slut-shamed by the other characters when it looks like she’s gotten pregnant after a condom breaks.

1. It’s awesome that a girl changes herself completely for a guy, including starting to smoke.