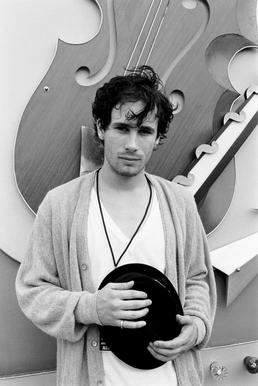 Special thanks to Ann, Theresa, and Patrick, who helped Bethany round out this list. I, Ernie, wrote all the actual commentary, so if you don’t like it, direct angry comments to me.

5. “Blinded by the Light”: This surreal ditty was penned by Bruce Springsteen in the summer of 1972 and appeared on his first studio album Greetings from Asbury Park, NJ the following year. His original is quite good, of course, but Manfred Mann recorded a more ambitious and spirited version of the song with his Earth Band. It appeared on his 1976 album The Roaring Silence, became a runaway hit, and remains a staple of FM classic rock radio to this day. We credit Mann’s big, beautiful Moog organ. It floats the song right up to the stratosphere.

4. “All along the Watchtower”: Bob Dylan’s prophetic folk song, from his 1967 album John Wesley Harding, assumed a truly majestic quality when Jimi Hendrix recorded it for his 1968 masterpiece Electric Ladyland. Dylan’s song is known to his fans, but Jimi’s is a true classic and known to anyone who watches TV, movies, or listens to the radio, or knows anything at all. It has permeated our culture entirely.

3. “I Will Always Love You”: Dolly Parton’s 1974 single, from the album Jolene, is charming, to be sure, but largely forgettable (it gets a cameo airing in the The Bodyguard, the 1992 movie that catapulted Whitney’s rendition to the top of the charts). Whitney Houston pulled out all stops and belted out the chorus in a truly unforgettable way, even for those who are not fans of her music generally. It is one of the top selling singles of all time from the best-selling soundtrack of all time (42 MILLION copies).

2. “Mony Mony”: This mesmerizingly repetitive rock ‘n’ roll classic was a 1968 #1 UK hit for Tommy James and the Shondells, but Billy Idol’s modernized, hopped-up, massively-produced cover was played non stop in the late-90s on MTV. His tight leather pants may have had something to do with it.

1. “Me and Bobby McGee”: Kris Kristofferson and Fred Foster’s classic was first recorded by Roger Miller in 1969 and again by Gordon Lightfoot in 1971. The truly classic version was recorded Janis Joplin in 1970 for her album Pearl. She makes the song her own, a lonely plaint of loss and heartbreak, and, as always, she’s simply impossible to ignore. She wins. It’s hers. Kris, who only heard her version the day after she died, would likely agree.

“Hallelujah”: Leonard Cohen’s sad, simple song, which appeared on his 1984 album Various Positions, has been covered many times and has summoned an entire book, Alan Light’s The Holy or the Broken: Leonard Cohen, Jeff Buckley, and the Unlikely Ascent of “Hallelujah.” Rufus Wainwright and John Cale gave us a perfectly serviceable renditions, but honors go to the young, doomed, angelic-voiced rock star Jeff Buckley, whose version on his 1994 album Grace captivated our entire generation and those to come.

"He Was Absolutely Insistent There Was No God, No Future Life, No Hope for the Planet": Powerful and Utterly Depressing Short Documentary about Philip Larkin