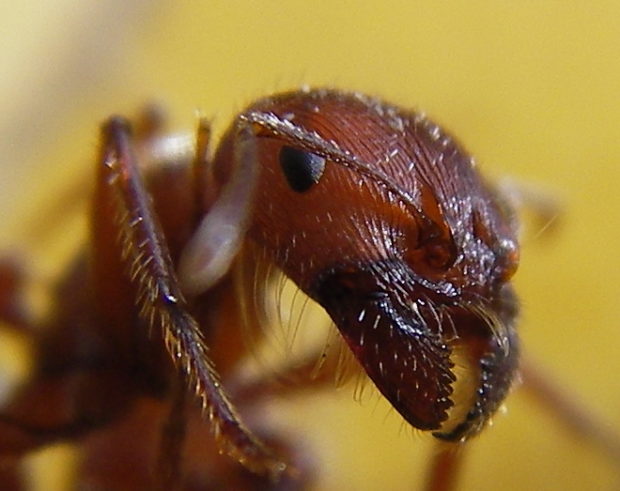 The movie Ant-Man 2 premieres later this week. I was lucky enough to see a sneak preview of the first movie when it came out a few years ago, and it was quite good. There was only one problem: ants. Ants, ants, everywhere! Is Spider-Man followed around by spiders? No. Does Wolverine have pet wolverines? No! Does Batman go around spending time in a bat cave? Um, nevermind. But why does Ant-Man have to have ants around all the time?

Some people think ants are cool. They write songs about them, have them as the stars of animated films, they marvel at their complex social structure, they keep ant colonies as pets, and more. But some of us haven’t swallowed the ant-infested Kool Aid—we know that ants are pure evil. Whether they’re killing Cate Blanchett in the worst Indiana Jones movie known to man or starring in the most disturbing short story ever included in anthologies for grade school students (“Leiningen Versus the Ants,” seriously, who decided this was OK for kids to read?), they’re just bad news. Still not convinced that ants are the most devious creatures the world has ever seen? Well, here are five more reasons why.

5. Fire ants: Fire ants arrived in the US in the 1930s and have been spreading wider ever since. Watch a video here. They are relentless and their bites are incredibly painful. They can coordinate their stings in order to deliver hundreds of stings at one moment, all over! They can even kill, and they have destroyed untold numbers of domestic fauna.

4. The only thing worse than fire ants are Crazy Ants: Do you want to have nightmares? Then read about Crazy Ants. They’re an invasive ant species that has recently popped up in Texas and the gulf states, and even fire ants are afraid of them—they’re almost the only thing keeping the fire ants at bay, invading fire ant colonies, killing off the fire ants, and moving into the fire ants’ former home. They tend to swarm around electricity so you can find them by the millions all throughout your electrical outlets, lights, appliances, and computers. What animal is fearsome enough to take out a town’s whole electricity grid? Crazy Ants! They also seem to have a completely uncontrolled reproduction, and just basically fill whatever space they occupy, then overflow it and just keep going. People have found huge piles of dirt in their homes, only to discover that the “dirt” was tightly packed, swarming crazy ants. In this article, a man describes how he vacuumed out crazy ants swarming in his air conditioning ducts, five gallons of crazy ants. And that was just the beginning . . .

3. The only thing worse than fire ants and crazy ants are the mega-colony of ants that is taking over the world: Typically ants live in colonies within their own territory, and they’re kept from growing by other colonies of ants, each with their own territory that polices its borders. But there’s one colony of ants that has been able to escape that pattern and is basically colonizing the world with genetically almost identical colonies that work together rather than engaging in turf wars. They’re basically spreading as vastly as the human species has. And they are all thinking with one mind. And that thought is: “Soon . . .” Read about it here.

2. Slave Labor Ants: Ants, like humans, enslave others for their own benefit. Yes, ants are as evil as people.