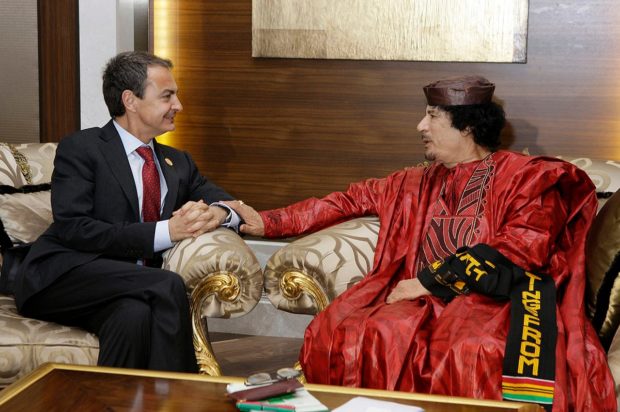 A lot of world leaders have a secret—or not so secret—phobia. Here are the top five! 5. Donald Trump: He is famously a self-described germophobe and claimed that he required all of his prospective lovers to undergo testing for sexually transmitted infections. (I can’t find a reference for this because there are just too many articles on Google about Trump and sex, but I saw him claim it on The View around 10 years ago). If the women who have claimed to be his lovers are to be believed (Stormy Daniels, Karen Mcdougall), he used no condoms and didn’t request tests). He also famously hates shaking hands and said the “pee tape” story from the Steele Dossier couldn’t be true because he’s a germaphobe. In the book Fire and Fury, author Michael Wolf claims Trump has a fear of being poisoned, and that’s why he tends to eat at McDonalds—they aren’t expecting him and are preparing the food before he arrives, so there’s no risk of being poisoned. His alleged lover, Stormy Daniels, claims Trump has a fear of sharks, saying in a 2006 interview, “‘He is obsessed with sharks. Terrified of sharks. He was like, “I donate to all these charities and I would never donate to any charity that helps sharks. I hope all the sharks die.”’” (By the way, while looking for Trump and sharks articles, I came across this article from 2011 joking about a Trump presidency and delving into his shady deals.) By Ministry of the President. Government of Spain, Attribution, https://commons.wikimedia.org/w/index.php?curid=12236497

4. Muammar Gaddafi: Allegedly afraid of heights, he made it a practice when traveling to pitch tents, saying he preferred it that way for cultural reasons. But in reality he did it so he could stay on ground level rather than in a high rise hotel. Coincidentally, Gaddafi and his tents have shared the hospitality of Donald Trump, having pitched tents on Trump’s estate when he was visiting the UN. 3. Kim Jong Il: It is reported that the despot was afraid of flying, preferring instead to travel by train as much as possible. This includes travel to the Soviet Union, Czechoslovakia, Hungary, Yugoslavia, Bulgaria, and Romania. His Japanese chef claimed in a tell-all book that he was also was afraid of becoming addicted to morphine, and required all of his staff to take morphine along with him when he needed it for a surgical procedure, so they would also become addicted if he did. 2. Stalin: Stalin was notoriously paranoid about being assassinated. Is it a phobia if it’s a real possibility? 1. Hitler: He also had a lot of phobias. A significant one was fear of dentists, leading to him having a lot of tooth problems due to untreated cavities, etc. Reminds me of a Yiddish curse: may all of your teeth fall out but one—so that you may have a toothache! By Marion S. Trikosko – This image is available from the United States Library of Congress’s Prints and Photographs division under the digital ID ppmsc.03262.This tag does not indicate the copyright status of the attached work. A normal copyright tag is still required. See Commons:Licensing for more information., Public Domain, https://commons.wikimedia.org/w/index.php?curid=64381

Extra: Not a world leader, but FBI head J. Edgar Hoover reportedly had a phobia for left turns, feeling them to be unsafe, so required agents to only make right turns. Maybe he was just afraid that making left turns indicated communists sympathies?