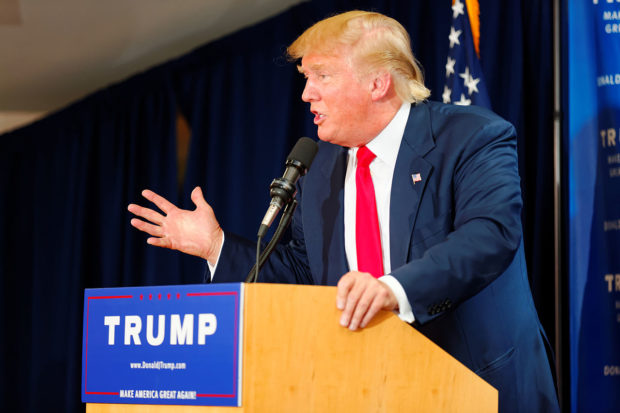 In preparation for the Trump presidency, Bethany brings us a few new vocabulary terms we might find ourselves using.

5. Apophasis: To call attention to something by saying you won’t mention it. For example, Trump said he wouldn’t mention Bill Clinton’s sexual past at the second presidential debate. He then brought four of the women who have accused Bill Clinton, to the debate as his guests and held a press conference before the debate.

4. Paralipsis: To bring up a subject by saying you’re not going to bring it up. For example, Trump said, following one of the presidential debates, that “I was going to say something extremely rough to Hillary, to her family, and I said to myself, I can’t do it,” Trump said in reply. “It’s inappropriate. It’s not nice.” Which led all the news stories to mention what he wasn’t mentioning.

3. Kakistocracy: Government by the worst qualified or most unprincipled people. Yeah.

2. Emoluments: This means a salary, fee or profit from a government office. In this context, it is a reference to the Emoluments Clause of the Constitution, which reads: “No Title of Nobility shall be granted by the United States: And no Person holding any Office of Profit or Trust under them, shall, without the Consent of the Congress, accept of any present, Emolument, Office, or Title, of any kind whatever, from any King, Prince, or foreign State.”

In other words, the President of the United States must not receive any profit from being president, in the form of special gifts, or tax abatements, or business dealings

1. Projection: This is in the psychological sense. People, especially those with narcissistic personality disorder or related issues, see in other people (falsely, in this context) the traits that they themselves possess but wish to deny. For example, someone who is a bully, and is cruel to other people, may be the first one and the loudest one to cause others of bullying. One of the more alarming and frustrating aspects of this is that the more they bully, the more they accuse the victims of their bullying of being bullies. And the crueler they get.

So, there you go. Good luck!

0
"When Will I Get to Be Called a Man?" by Big Bill Broonzy
"At the Tomb of the Unknown President" by Tom Disch