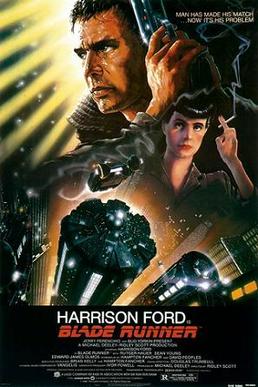 Obviously, the world won’t turn into these dystopias simply because Trump is president, but they’ll give you a taste of the issues we’ll be facing with him as president. And speaking of taste: all dystopias must have bad food, so I’m including that in the list.

5. Soylent Green (1973): Based on the 1966 novel Make Room! Make Room! by Harry Harrison, this famous B-Movie takes place in the year 2022, when overpopulation and complete disregard for the natural environment have led to extreme pollution. The air is poisonous, the oceans are dying, many species have gone extinct, and the world cannot support its large population. A large gap between the rich and poor has resulted in numerous societal problems. The wealthy live in spacious apartments that come with all amenities, including personal sex slaves.

They eat luxurious fruits, vegetables, and meat, while the poor live in cramped hovels and are forced to subside on Soylent foods—Soylent Green, Soylent Red, etc. No one is quite sure what soylent consists of, but it’s supposed to be healthy and is provided by the state to the masses. Older or infirm people are encouraged to commit euthanasia. Charlton Heston plays a policeman investigating a murder, who goes on to investigate some of the secrets of the government. Evil food: “Soylent Green is people!!!”

4. Rain Without Thunder (1993): This American science fiction film is set in the year 2042. The title is based on a quote from Frederick Douglass: “Those who profess to favor freedom and yet depreciate agitation, are people who want crops without plowing the ground; they want rain without thunder and lightning; they want the ocean without the roar of its many waters. The struggle may be a moral one, or it may be a physical one, or it may be both. But it must be a struggle. Power concedes nothing without a demand. It never did and it never will.” I can’t find a trailer, though you can watch the movie on Amazon streaming. In it, abortion has been made effectively illegal in the US, even though Roe v. Wade was never overturned. Other laws are passed that impinge upon Roe v. Wade (kind of like the TRAP laws currently being passed fast and furiously across the country) that it became meaningless. Not only was it impossible to get an abortion, but you could now get a search warrant to do a gynecologic exam to see if a woman had recently undergone an abortion or pregnancy (which was a thing in Ceausescu’s Romania, and akin to TRAP laws in which the government forces pregnant women who want abortions to undergo an invasive and lengthy transvaginal ultrasound). And then imprisonment would result. In the film, a girl wants an abortion and her mother takes her to Europe to get one (which is also illegal for US citizens in the film, not unlike laws passed in Ireland against women going abroad for abortions). She ends up in prison, along with her mother, who broke the law by assisting her. Later, it is discovered that her fetus had died some weeks before the abortion, meaning she’d not had an abortion, and she was released). Evil food: in prison, you’re given drugged food that gives you headaches and makes you sleepy and may have other effects but since you don’t know what it is, you can’t say for certain.

3. The Running Man (book, 1982, movie, 1987): Based on a Stephen King novel (written as Richard Bachman), The Running Man takes place in a near-future Los Angeles in which poverty in the US is rampant and the government doesn’t care—they give the order to shoot hundreds of hungry people trying to get some food. This future government cares nothing for truth and is adept at creating propaganda to fashion the narrative they want to convey. The focus of citizens’ antagonisms is deflected onto their enjoyment of a TV show featuring a smarmy, lying game-show host. In the show, people convicted of crimes (possibly petty or non-existent, but exaggerated for sake of the show to monstrous proportions) are forced for people’s entertainment to run a gauntlet to evade executioners. If they escape, they are freed and win fabulous prizes. But it turns out the game is rigged, and no one gets out alive. Until our hero arrives, that is . . . .

Evil food: There’s no food. If you try to get food, you get shot by the evil government.

2. Blade Runner (1982): Ridley Scott’s masterful film adaptation of the 1968 novel Do Androids Dream of Electric Sheep? by Philip K. Dick takes place in 2019 in Los Angeles. Some have said that some Trump ads remind them of Blade Runner, and someone made a mash-up ad:

The drama hinges on who gets to be defined as a person and who doesn’t. Evil food: Noodles. After this movie, all dystopian detectives had to eat noodles with chopsticks.

1. Snowpiercer (2013): The Korean film directed by directed by Bong Joon-ho and based on the French graphic novel Le Transperceneige by Jacques Lob, Benjamin Legrand and Jean-Marc Rochette takes place in a future in which global warming got out of control, so scientists created a way to cool the earth down again. But miscalculations led to the earth freezing over instead such that it has become uninhabitable. The only humanity that remains lives on an ever-moving train that runs in a loop around the world. The train is strictly segregated by class, with the upper classes living in luxury at the front of the train, while the lower classes are confined to the back of the train in cramped, squalid conditions. They are strictly controlled by those at the front of the train. Desperate conditions have led to atrocities. Meanwhile, those on the front of the train are oblivious to this. Some from the back decide to travel to the front of the train, where they experience a horrifying revelation.

Evil food: Those on the back of the train eat a gelatin-like food provided to them that is made of, shall we say, an unappetizing source that they don’t know about (it’s insects) and that they have to fight over. Also there’s cannibalism. Those at the front of the train have luxurious menus of all kinds of delicacies grown in the greenhouse cars.

Extra: Marge Piercy’s books Woman on the Edge of Time and He She It. Woman on the Edge of Time takes place in the early to mid-1970s and features a Latina main character who is treated badly due to racism and sexism and poverty. But it turns out she is a pivotal person in determining the course of the future of humanity—a decision of hers will result in either an egalitarian utopia or a dystopia that features a huge gulf between the rich and the poor. In that future, emotions can and must be controlled via dials that stimulate different areas of the brain. This leads to rapid changes in mood depending upon your rank in society and what your superiors need you to be for them at any given moment. It is common for the upper class men of the society to have at least one women they can use as a sex slave. It’s standard for her to undergo plastic surgery to grotesquely exaggerate certain features to the specifications of their man to make themselves as sexually appealing as possible to those men. This is just one chapter of the book, but it garnered so much attention that Piercy wrote a whole book taking place in a world much like that one, called He She It.

Woman on the Edge of Time is the better book.

Evil food: The main character can’t afford much so eats a monotonous diet.

V for Vendetta?: I haven’t seen it so I can’t comment. But I don’t want you to think I forgot about it.