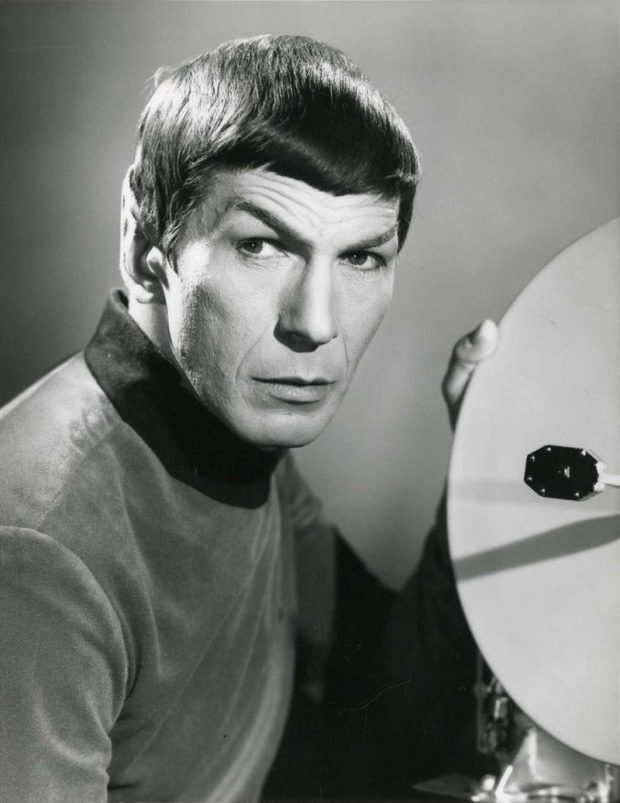 Like so many others, we’re pretty upset about the death of Leonard Nimoy. He was such a huge part of pop culture in my formative years, and he seemed like a really nice guy, too. So if you want a quick view of some of Nimoy’s greatest moments as Spock, check these out.

Amok Time: One of Star Trek’s best ever episodes, it also features the consummation of the whole will-they-or-won’t-they homoerotic subtext between Spock and Kirk, as they fight to the death. If Spock wins, he gets to complete marriage and consummation with his promised woman; if Kirk wins, the marriage is off. Spock wins, but his mating urge goes away once he has choked Kirk. A great example of Spock’s mixture of emotional repression and outburst.

This Side of Paradise: The Enterprise visits a planet where flower spores turn everyone figuratively into Flower Children: that is, they forget all of their previous adult cares, and instead act like 1960s hippies during the Summer of Love. Spock concludes that for the first time in his life, he was happy.

The Devil in the Dark: Another great Trek episode, Spock uses his Vulcan Mind Meld to excellent effect to learn what is happening in the mind of a new life form.

Star Trek II: The Wrath of Khan: One of the greatest two hours of Trek, ever. There are a lot of elements in this film that have since become absolutely central to the Trek mythos, from the Kobayashi Maru to “the needs of the many outweigh the needs of the few. Or the one.”

Star Trek IV: The Voyage Home: The lighter side of Trek, this features Nimoy as a slightly brain-damaged Spock trying to retrieve his old memories and resume normal life. This was also directed by Nimoy.

Extra: here’s a great compilation of funny Spock lines from the 3 seasons of Star Trek.

Extra extra: for those outside of fandom, you may not be aware that from the time of Trek’s first airing, there have been fans who read more into the Kirk/Spock relationship, which led them to write fan fiction, create art, and re-edit videos to show the true Kirk/Spock relationship, which now has the general name of “slash fiction.” Here’s a particularly well-done one.