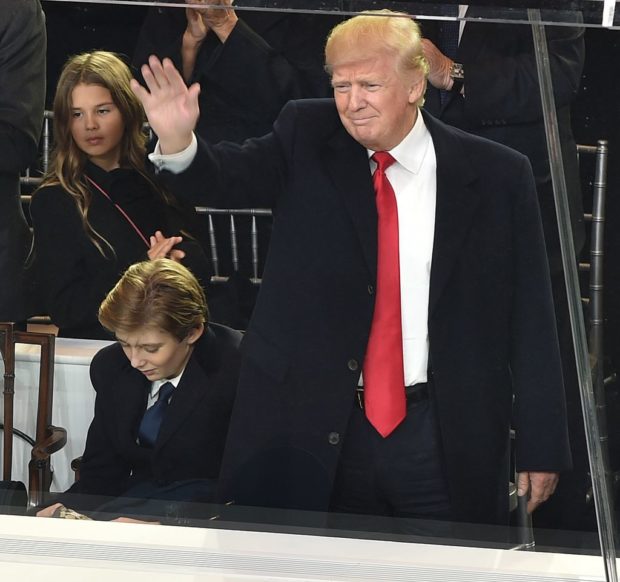 So: Donald Trump, presidential candidate. It’s here, it’s real. And it’s inspiring a lot of anger toward Trump. Some of you may not be aware of how long this distaste for the man has been around. He’s been inspiring ridicule and criticism almost from the moment he reached the public consciousness. A living, breathing, bloviating embodiment of ’80s greed and excess. Here are a variety of sources that ridicule or expose Trump long before he decided he wanted to be leader of the free world.

4. Spy Magazine: The groundbreaking satirical magazine of the 1980s through early 1990s is the source of the “Trump has small hands” meme. He became a target of the magazine almost from the beginning, as their goal was to puncture pomposity. They had multiple cover stories about him and then-wife Ivana. From early on, they began referring to Trump as “the short-fingered vulgarian.” They frequently chose brief epithets to refer to their targets. For example, Henry Kissinger was “the socialite war criminal,” and another target of theirs was “a bosomy dirty book writer.” They were the first ones to bring to public consciousness, in their article about Ivana Trump, that Ivana referred to him as “The Donald.” Spy editor-in-chief Graydon Carter is now editor-in-chief of Vanity Fair, and he claims that the “short-fingered vulgarian” epithet bothered Trump so much that to this day, Trump sends the occasional letter to Carter, with photos of Trump, fingers circled to emphasize length. He needs the last word! All of Spy Magazine is now available on the web to read, so go ahead and check out all the anti-Trump article.

3. The Art of the Deal (the movie): The folks at Funny or Die have made a whole movie length pseudo adaptation of Trump’s best-selling book, in the style of a 1980s movie of the week. Trump is played by a heavily made up, almost unrecognizable Johnny Depp!

2. You’ve Been Trumped: A documentary about a group of people in Scotland taking on Trump to prevent the building of a golf resort on local land.

1. Donald Trump: What’s the Deal: An expose of Trump’s shady business practices, made in 1991. Due to lawsuits it was suppressed, then it became available on YouTube late last year. I saw it and it was quite good. The bad news is it’s not on YouTube anymore. The good news is that it’s on iTunes for a modest fee.

Extra: Here’s a positive portrayal of Trump. This had a significant effect on making the public aware of, and admiring of, Trump.