“The Trap” by Jon Stallworthy 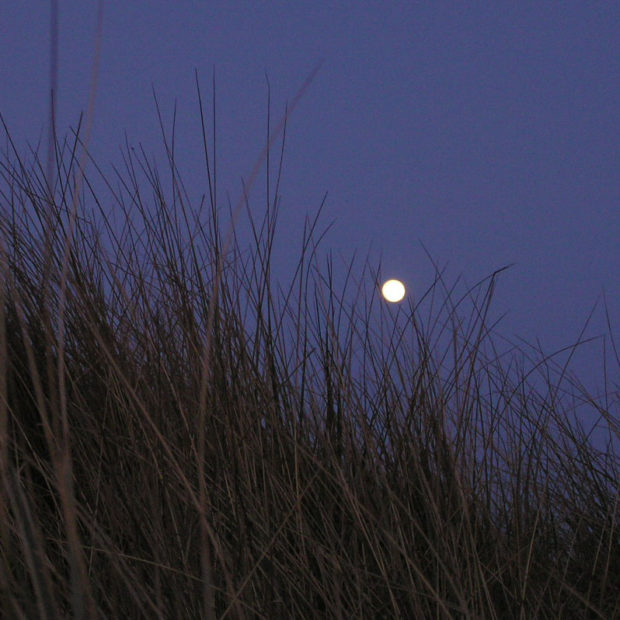 The first night that the monster lurched
out of the forest on all fours,
he saw its shadow in his dream
circle the house, as though it searched
for one it loved or hated. Claws
on gravel and a rabbit’s scream
ripped the fabric of his dream.

Waking between dark and dawn
and sodden sheets, his reason quelled
the shadow and the nightmare sound.
The second night it crossed the lawn
a brute voice in the darkness yelled.
He struggled up, woke raving, found
his wall-flowers trampled to the ground.

When rook wings beckoned the shadows back
he took his rifle down, and stood
all night against the leaded glass.
The moon ticked round. He saw the black
elm-skeletons in the doomsday wood,
the sailing and the failing stars
and red coals dropping between bars.

The third night such a putrid breath
fouled, flared his nostrils, that he turned,
turned, but could not lift, his head.
A coverlet as thick as death
oppressed him; he crawled out; discerned
across the door his watchdog, dead.
“Build a trap,” the neighbors said.

All that day he built his trap
with metal jaws and a spring as thick
as the neck of a man. One touch
triggered the hanging teeth: jump, snap,
and lightning guillotined the stick
thrust in its throat. With gun and torch
he set his engine in the porch.

The fourth night in their beds appalled
his neighbors heard the hunting roar
mount, mount to an exultant shriek.
At daybreak timidly they called
his name, climbed through the splintered door,
and found him sprawling in the wreck,
naked, with a severed neck.

0
Quincy R. Lehr's Poem “Getting Worse with Bigger Dicks”Appears in the Latest Installment of Cocytus: A Dark Web Magazine