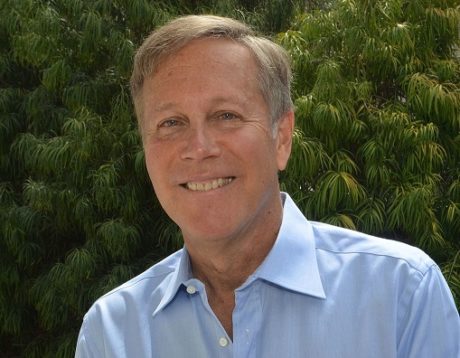 Congratulations to Dana Gioia for winning the 2018 Poets’ Prize for his book 99 Poems: New and Selected! We would also like to congratulate the very worthy finalists: John Foy, Ishion Hutchinson, Eric McHenry, and James Davis May.

We stood on the rented patio
While the party went on inside.
You knew the groom from college.
I was a friend of the bride.

We hugged the brownstone wall behind us
To keep our dress clothes dry
And watched the sudden summer storm
Floodlit against the sky.

The rain was like a waterfall
Of brilliant beaded light,
Cool and silent as the stars
The storm hid from the night.

To my surprise, you took my arm—
A gesture you didn’t explain—
And we spoke in whispers, as if we two
Might imitate the rain.

Then suddenly the storm receded
As swiftly as it came.
The doors behind us opened up.
The hostess called your name.

I watched you merge into the group,
Aloof and yet polite.
We didn’t speak another word
Except to say goodnight.

Why does that evening’s memory
Return with this night’s storm—
A party twenty years ago,
Its disappointments warm?

There are so many might have beens,
What ifs that won’t stay buried,
Other cities, other jobs,
Strangers we might have married.

And memory insists on pining
For places it never went,
As if life would be happier
Just by being different.